Monday night the Detroit Tigers will honor the 1984 World Championship team in a pre-game ceromony. All the greats will be on hand including HOF manager Sparky Anderson, MVP Allan Trammell, Lance Parrish, Kirk Gibson, Willie Hernandez and more. It’s hard to believe it’s been 25 years since the Tigers won it all. Detroit had the best record in baseball that season with 104 wins on their way to the World Series. This is one of my favorite memories about being a baseball fan as a kid.

Luckily, I’ve had a chance to meet some of my childhood heroes through my Minor League baseball trips. A lot of these guys like to give back to baseball and coach in the Minors. It’s great seeing them instruct a whole new generation of players. So far off the the 1984 team I’ve had the pleasure of meeting Tom Brookens (West Michigan Whitecaps), Lance Parrish (Great Lakes Loons), Doug Bair (Dayton Dragons), and  Barbaro Garbey (Peoria Cheifs). We also had a chance to meet John Wockenfuss this season, who was traded in 1984 in a deal to the Phillies to bring Willie Hernandez and Dave Bergman to Detroit. We got to meet pitcher Jack Morris, too, but he wasn’t coaching, just signing at a store opening in northern Michigan. Still, he has the most wins of any pitcher in the 80’s, so it was great meeting him. I can’t wait until next years trip to see who we can meet along the way.

Tom Brookens of the Whitecaps signs for the kids in 2007 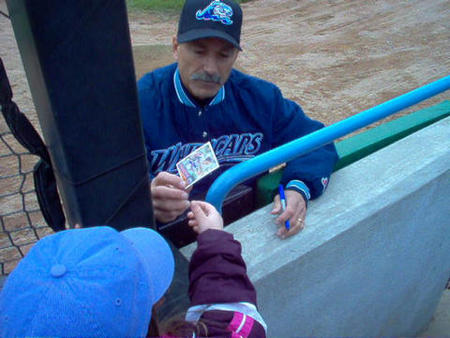 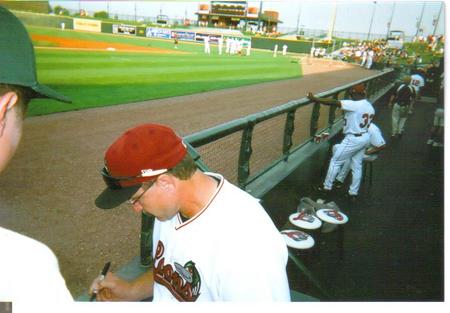