Yesterday the kids and I headed south to a baseball card show that featured former Detroit Tiger and 1968 World Series Champion Jim Northrup signing autographs. Little road trips are always fun, and especially if you can meat an ex-big leaguer. The kids had no idea who he was, but are always up for an adventure. Northrup played well before my time, too, but I can appreciate what he did as a Tiger. I think that they were a little confused, too, as he really doesn’t look a lot like he did on his baseball cards anymore. Northrup was great with the kids, though, as he was with all of the fans who came to meet him. I think the older player really get what the fans and the game really meen better than some of the bozos who play today’s game. The kids each got a card signed and their Papa and I each got a baseball signed so it was a successfull trip. As for baseball cards, I really didn’t find anything I was looking for-although I still view cards as a hobby, not an industry (that could be an entire blog on it’s own). This helped us gear up for the games next month, though. Just a few weeks away. 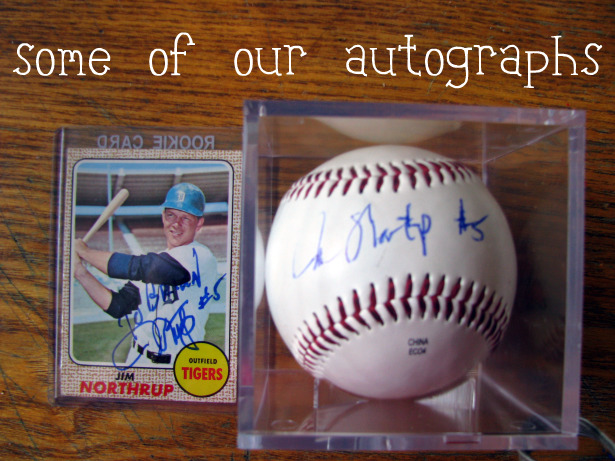