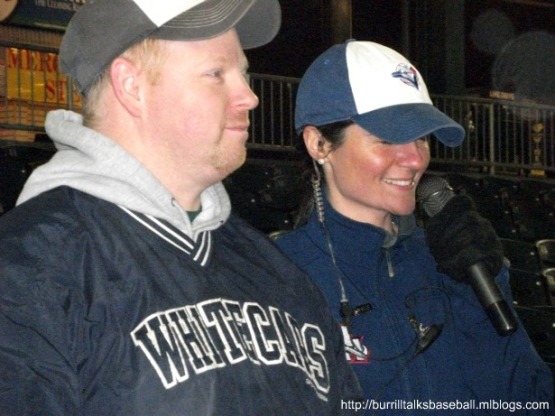 I was very happy to learn on my arrival to Manchester that tonight’s game was going to be played. This is my first time watching a game from the Eastern League, and I was excited to see actually baseball taking place. Northern Delta Dental Stadium is nothing fancy, but definitely a nice place to watch a ball game. The staff was very friendly and helpful. We had a long chat with the head of the Food Service department, as he worked for the West Michigan Whitecaps for years when he first broke into working in Minor League baseball. He had nothing but good things to say about the ‘Cap organization, but New Hampshire was his home state, so he jumped at the chance to work for the Fisher Cats when the opportunity came. It’s amazing how much my Whitecaps hat is recognized, and the conversations it can start. Our seats were down the third base side, but the visitors dugout, so lots of pics of the visiting Mets. The crowd was pretty thin due to the cold and rainy weather, so it was hard to gauge the real atmosphere. I’m betting this team gets lots of support through the season, though. The highlight of the night was me getting a chance to play movie trivia and be on the big screen in front of dozens and dozens of people. It was Teacher Appreciation Night, but due to the small crowd, they couldn’t find a teacher, so I had to due (my sister is a teacher…so I guess that was close enough). The movie clip they showed me was pretty easy to guess…it was The Incredibles by Disney/Pixar. Having kids is really starting to pay off. I won two free movie tickets to the local theatre, but gave them to some kids because we were heading out of town the next morning. Yeah, I know..awww. In return, the kids gave me a game ball, so it worked out for the best for all of us. If some of the pics look foggy it’s from the, fog, I guess, as well as the constant misting. It really felt good to get the game in though…hoping we luck out in Portland. Our experience in Manchester was definitely a positive one. Final Score: New Hampshire Fisher Cats 7, Binghamton Mets 1. 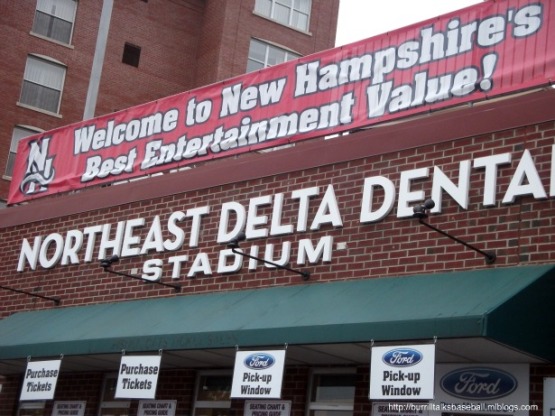 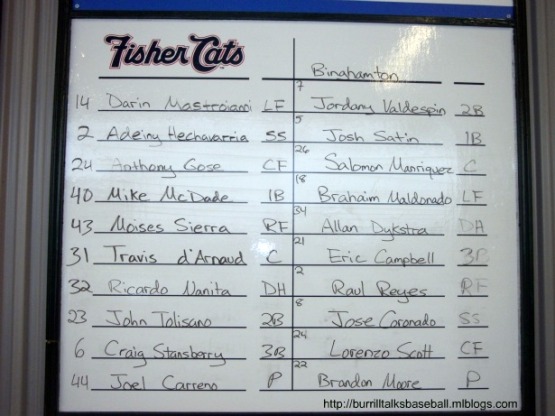 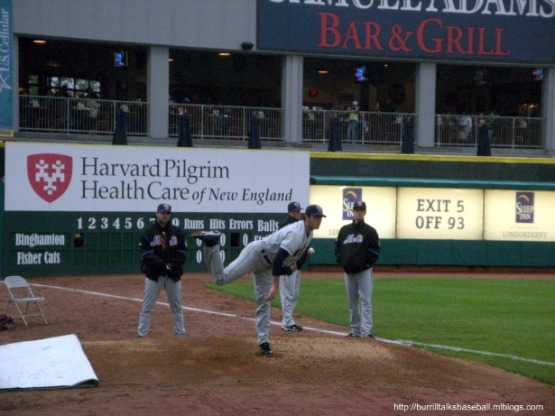 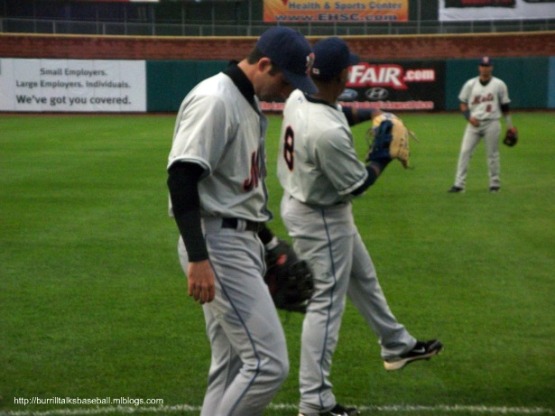 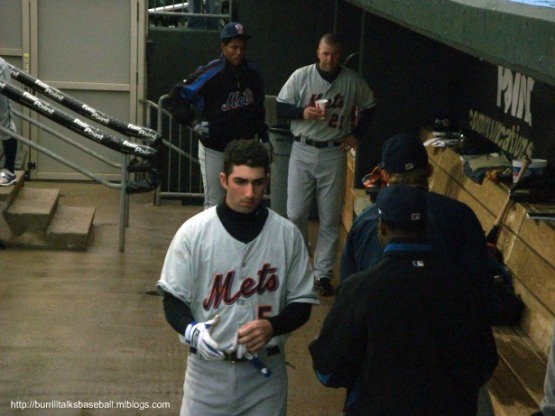 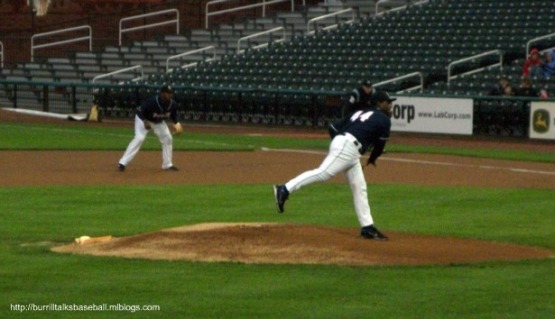 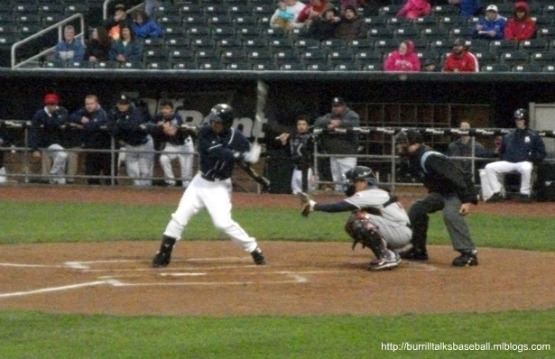 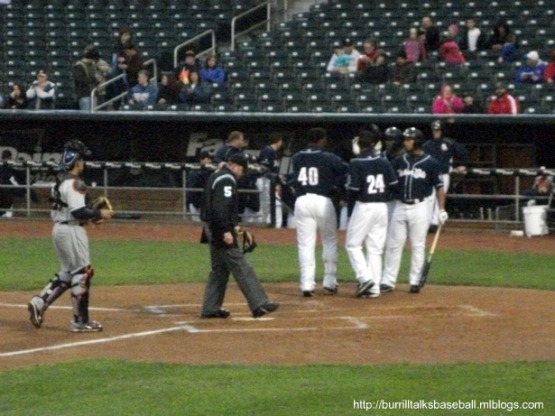 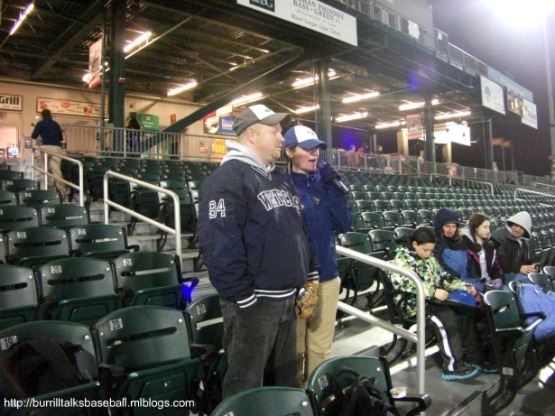 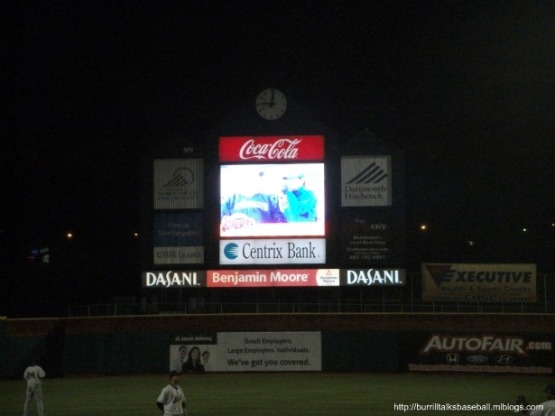