Despite the West Michigan Whitecaps barely missing out on the playoffs the last two seasons, a good handful of players from last years team are celebrating a Florida State League championship as members of the Lakeland Flying Tigers. The Flying Tigers beat out the Jupiter Hammerheads in five games for the title, with every game being decided by two or fewer runs. The Lakeland fans packing Joker Marchand Stadium were treated to a classic game five, as both teams were held scoreless for seven innings. Starting pitcher Warick Saupold and former Whitecaps reliever Melvin Mercedes combined for a four-hit shutout with their team scoring the only runs of the game in the eighth inning. Former ‘Caps players combined for some offense, as second baseman Hernan Perez singled and was sacrificed to second by Michael Rockett. Marcus Lemon, who started the season in West Michigan, drew a walk to put runners on first and second. With Dixon Machado at the plate, the Flying Tigers executed a double steal, but a throwing error by Jupiter’s catcher allowed Perez to score the first, and winning, run. Lemon would score on a single by Tyler Collins to make the score 2-0. Mercedes then entered the game on the mound, and retired three out of the four batters faced to seal the win and the championship. It was a great moment for Mercedes, and for Perez, who led the FSL in fielding this season.

“I’ve had something of an up and down season”, Perez told The Ledger(Lakeland). “Especially hitting, so getting on and scoring a run when we really needed it made my whole season special.

This is Lakeland’s sixth FSL championship overall, and the fourth for manager Dave Hupport. He also has more minor league victories than any other active manager.

“Of all the championship teams I have had the honor of managing, this one has been the most fun to work with because they’re disciplined, they play hard, they believe in each other, and they won and lost as a team not as a bunch of individuals looking out for themselves,” Hupport also told The Ledger.

In a strange twist of fate, the Flying Tigers were the only team not to have a playing on the Florida State League’s All-Star roster. I guess they’ll have to settle for a championship. This is one of the few bright spots for the Detroit Tigers farm system, as the Flying Tigers and the Whitecaps were the on two affiliates with winning records. We wish all these players luck next season, especially the ones who played in West Michigan also. I’m probably one of the few baseball fans already looking to 2013! 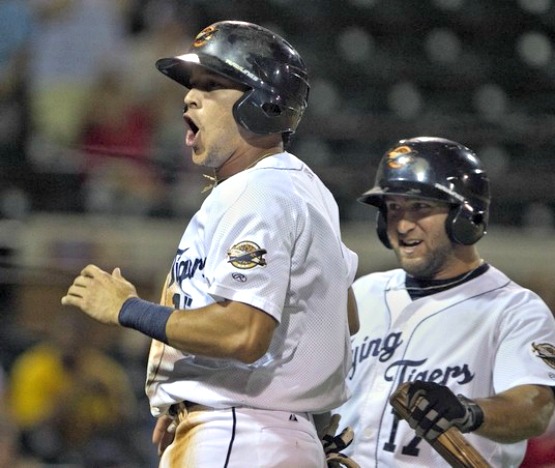