The day after fire decimated a portion of Fifth Third Ballpark, it’s time to step back and see what was really lost. The Belfor Restoration company arrived at the ballpark early this morning, to begin removing debris from the burnt areas, and determining just what might be salvageable out of the mess. The Whitecaps’ co-owner Lew Chamberlin also arrived at the ballpark today to take in the damaged areas and reflect on what might be lost. After 20 years of baseball, many signed items, artwork, and personal mementos were damaged or lost.

“I can’t say it’s a life’s work, because there’s a lot more to life than just one profession or achievement or items”, Chamberlin stated to MLive. com. “Nonetheless, everything that’s in here represents a lot of my life, and in that case, it’s sad. But, you know what? We’re just going to do it all over again and build new memories.”

Chamberlin’s office is located behind home plate at the ballpark, but still sustained some water and smoke damage. Some items that are in jeopardy are autographed baseballs from players and coaches, original programs and schedules, signed baseball cards, as well as some original artwork featuring the Whitecaps that became program covers. Chamberlin is also fearful that some very personal items that his son made may be lost. According to Whitecaps’ vice president Jim Janecki, memorabilia that is confirmed to be destroyed includes photos from Opening Day in 1994, and autographed Matt Walbeck jersey, and a signed picture of former manager Tom Brookens and Ryne Sandberg (Peoria Chiefs). 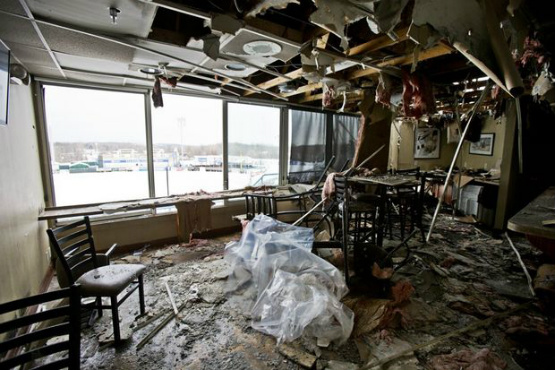 It’s a shame that those items are gone, I love baseball history and memorabilia, and this loss really seems pointless. Again, though, at least no one was hurt in the blaze, and that’s the important thing. We’ll be keeping updates on the progress on the re-building of Fifth Third Ballpark the next few months until opening day. We’ll be down that way for a Griffins game soon, and for the Whitecaps game on April 12.

There was an error retrieving images from Instagram. An attempt will be remade in a few minutes.