Fifth Third Field-Toledo, OH: Well, it’s been about seven years since our last trip to Toledo to see the Mud Hens, so it was about time we made it back to Mudville. We stayed in Findlay, so it was a fairly brief drive into Toledo. With any downtown stadium, parking can be tough, but we got there early enough to make it into the lot across the street. The weather was perfect, even though it had rained the night before. I was hoping for maybe a double-header, but the Hens finished five innings the night before to make it a complete game. We had plenty of time to get a beer and a dog for lunch, and get some shopping in. I was hoping to get Brian a Muddy mascot, but they didn’t have any for some reason. He was happy I picked him up a Ghostbusters night t-shirt, though, as he loves that movie. There was a pretty decent crowd, and, as many mid-week day games go, catered to kids and seniors. I really do love seeing kids at ball games, but when they’re brought in for groups, the counselors really need to set some rules for them. The kids next to us were in and out of their seats every inning, which can be distracting, and inconvenient for my elderly father. Before the game we also got to see Tigers’ prospect Robbie Ray getting some extra work in. He didn’t pitch on this day, but always cool to see a top prospect. The mascot Muddy also paraded some kids from a youth group around the field.

As the Mud Hens are a Tigers affiliate, I was pretty familiar with most of the players, and had seen many of them in West Michigan. The RailRiders even had former Whitecap Scott Sizemore on their roster, who was one of my favorite players from the ‘Caps 2007 Midwest League championship team. Others we’ve seen before included first baseman Jordon Lennerton, second baseman Brandon Douglas, third baseman Wade Gaynor, catcher James McCann, and Duane Below who was on the mound for Toledo. The game got off to a good start, with the Hens scoring twice in the first inning on Tyler Collins sacrifice fly, and a home run by Trevor Crowe. Gaynor hit an RBI double in the second inning to take a 3-0 lead. 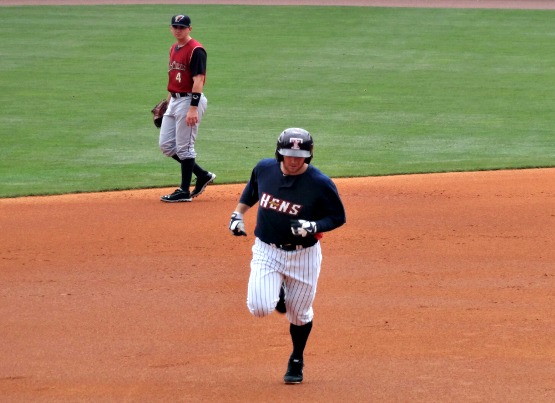 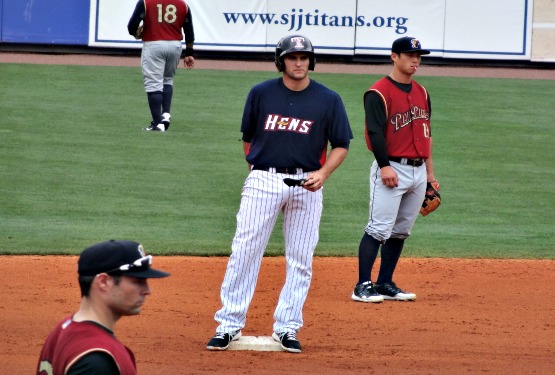 With the Mud Hens doing well, I took the opportunity to explore the ballpark a little bit more. I love the full wrap-around concourses, and used it to get some nice shots, including a panoramic of the stadium.

The ‘Roost’ is a set of seats connected to a neighboring building, with a great view of the game. We couldn’t buy these unfortunately, because they are always saved for a group outing. The usher, or ‘guard’, at the stairs to the Roost let me sneak up there and take a few pics, even though he made it clear he wasn’t supposed to. 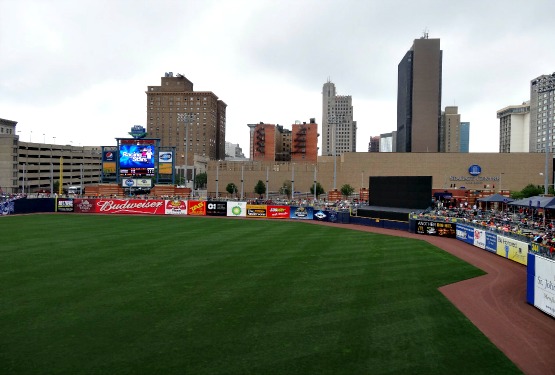 We were also able to see the RailRiders ambidextrous pitcher Pat Venditte for a few innings. He took the loss for Scranton/WB, though. I remember watching him throw back in 2009 when he was playing for the Charleston River Dogs.

The Hens gave up three runs in the sixth inning, but got those three right back. Both teams ended up trading runs in the eighth inning, also.  Ezequiel Carrera went 1-4 on the day with two runs scored and a stolen base, while Gaynor ended up 2-3. Below earned the win, pitching 6.2 innings, giving up the three runs, with one strike out and Kevin Whelan earned the save. Carrera also made a wicked catch in the outfield. In all, this was just a great day watching a great game, and I got a game ball to top it all off. I really love Fifth Third Field, and need to make it there much more often. Final: Mud Hens 7, RailRiders 4. 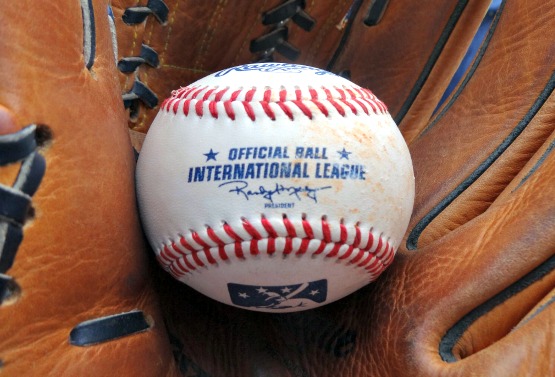 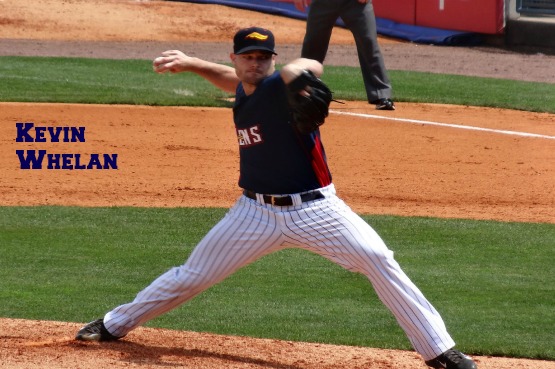 Here’s a video of the game from my YouTube channel:

All photos and video property of Minoring In Baseball

That’s a beautiful park! My wife and I were just saying the other day that we’d love to do a ballpark tour when we retire or even before.
http://mlblogscubden.wordpress.com/

The good thing about the minor league teams, Mark, is that the ticket prices won’t kill you on a ballpark tour. Gas prices might, but not the tickets! Toledo is a great place to catch a game. Not much else, but the baseball is good!
-Mike

Oh yeah!!! You know though, except for the food, Fenway was reasonable. a $60 ticket gets you pretty close. if it were a hockey game? well… It’s almost majestic the ballparks. One of these days, yeah, a ballpark vacation!

I don’t think that Fenway was too bad, either. The thing that got us in Boston was the hotel, over $120 for the HoJo next door. It was worth it, though, to not have to worry about parking, and we went on the ballpark tour the next morning. It would be nice to take in trip in the spring, and catch both baseball and hockey!