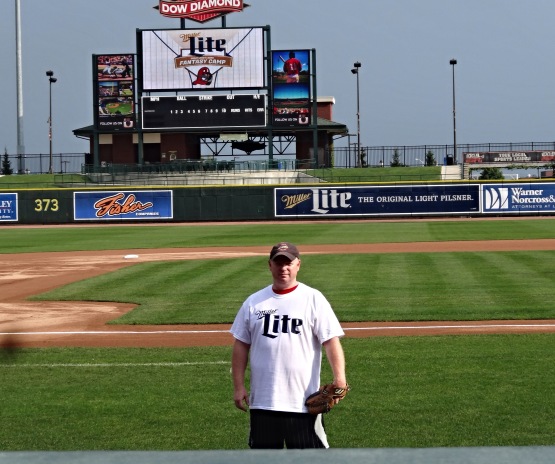 Dow Diamond- Midland, MI: Last week I was lucky enough to participate in a Fantasy Camp hosted by the Great Lakes Loons. This was rescheduled after we were rained out last month. Unfortunately, that meant that the Loons players and coaches were away in Lansing while we were there. They still took great care of us, though. Walking into the locker room and seeing my name above the locker was awesome, just like I dreamed about when I was ten years old. We started out as usual by playing catch to warm up, then they took us to the indoor batting cages to get some swings in. I even snuck Brian down to take a few cuts.

We were split up into Blue and White teams wearing Miller Lite shirts, with my White team being the visitors. We took some infield and outfield practice, and I got stuck in the latter where I have no business playing. As the visitors, we were up to bat first. I held my own at the plate, going 1-3 and getting on base all three at-bats. My hit was  a solid liner up the middle, so I was happy with that one. It was also a thrill to hear my name announced and be on the video board.

While I was mostly stuck in the outfield, but did get to play shortstop for an inning. I caught the only ball hit to me, a pop fly over second. I was a little disappointed that I didn’t get to actually play second, since that’s my position, but still had fun in the field. 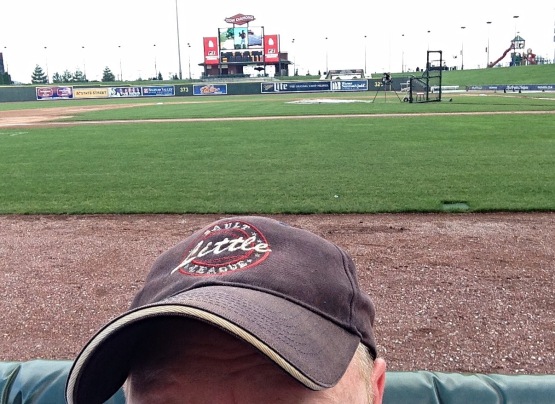 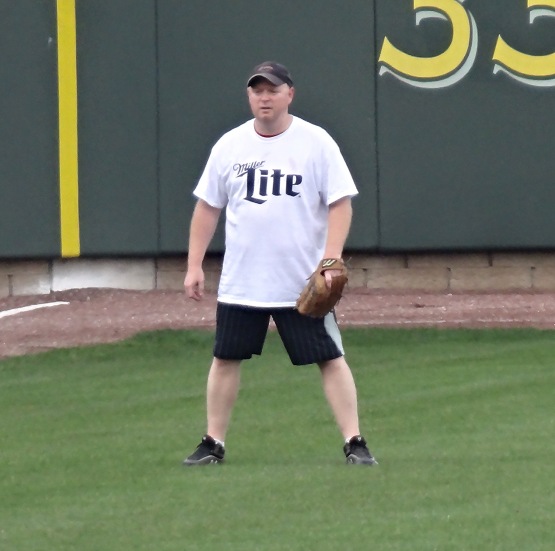 Up in the stands, Lou E Loon took the camera from Trevor to take a few selfies. He’s definitely one of the best mascots around. 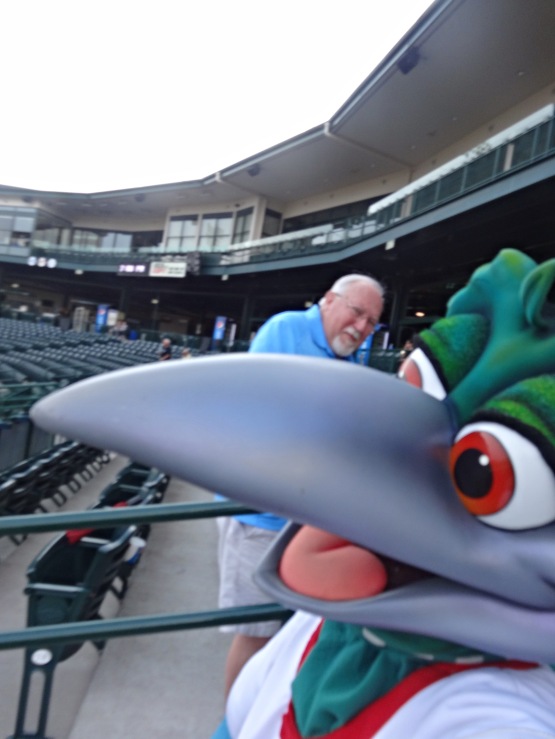 As for the rest of the game, the Blue team just killed us. They simply made the plays in the field and got some hits to drop in. Final: Blue 10, White 1.

After the game, the Loons gave away some prizes and Lou E signed autographs for the kids. In all, this was a great experience and I’m grateful for the opportunity. Thank you to the Loons and Miller Lite for sponsoring this.

UPDATED: This was sent to me by the Loons this morning. Our group shot with both teams.

All other photos property of Minoring In Baseball