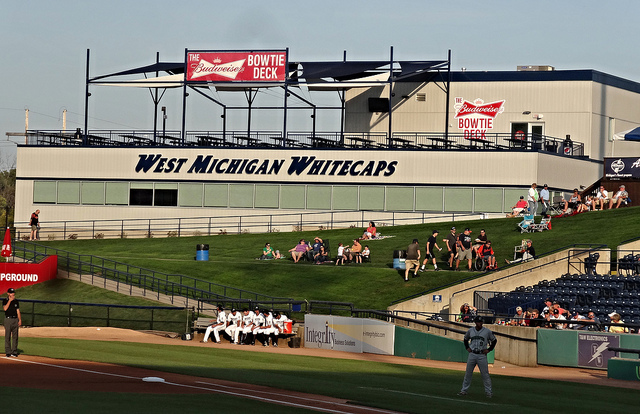 Awards just keep coming the way of the West Michigan Whitecaps, this time with their home field getting the nod. Fifth Third Ballpark has received Ballpark Digest’s Best Ballpark Improvements Award for 2015. This is an impressive feat, especially since the ballpark wasn’t selected from just Minor League teams, but stadiums hosting Major League, Independent Pro, and summer college teams, also. Here’s the official page, off of the Ballpark Digest website:

After the fire that devastated a good portion of Fifth Third Ballpark in January of 2014, the Whitecaps used the opportunity to renovate along with the rebuild the last couple of seasons. This is definitely one of my favorite ballparks, and one of my favorite places to be in this world with my family. If you want to see for yourself, check this out:

I can see myself taking the tour quite often this winter, wishing that I was in the stands soaking up the sunshine. However, if we had baseball all year ’round, and our winters weren’t so brutal, we wouldn’t appreciate summer and baseball season as much. Congrats to the Whitecaps for this honor.