Jim Patterson Stadium-Louisville, KY:  We were finally able to make it to another Louisville game, and what a historic game it was!  Brian was nice enough to let me watch some of the game from the stands, before heading to the outfield so he could play on the park.  I can’t complain too much, though as the best food is grilled in the outfield bleachers.  The #1 ranked cards were riding a 17 game winning streak after beating Boston College in the first game of the series 6-0 Friday night.  On Saturday, Louisville would put up another six, but the Eagles didn’t go away as quietly.

On the mound, Kade McClure pitched well with nine strikeouts and only giving up one earned run.  Louisville native Riley Thompson came in for relief, and got rocked a bit, giving up 3 earned runs and making things interesting the later innings.  Adam Wolf and Lincoln Henzman would shut things down for the Cards, though.  McClure still picked up the win, also. 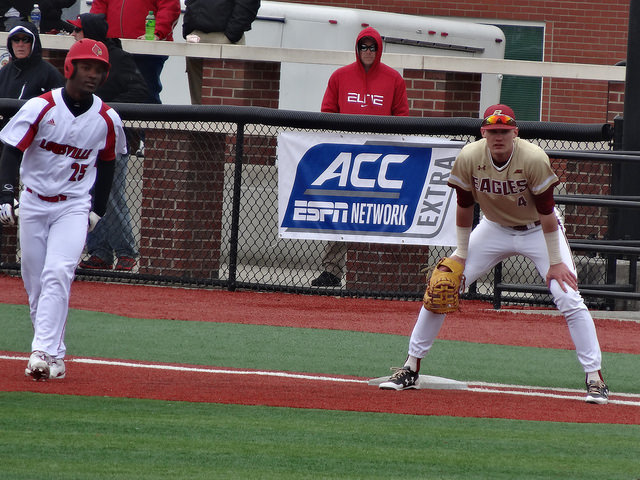 Offensively, the Cardinals were lead by second baseman Devin Mann, who went 2-4 with 2 RBI’s.  Also contributing was Drew Ellis, 2-5 with one RBI, and Logan Taylor 1-2 with one RBI.  Their 18th win in a row is a new school record for wins in a row to start the season.  Final:  Cardinals 6, Eagles 4.

This was a fun game to be at, and the weather wasn’t all that bad, either. Louisville would also earn a 5-3 on Sunday, getting the sweep and extending the winning streak to 19 games.  The Cardinals will be hitting the road for the next couple of weekends, but we’ll be back here the first week in April. 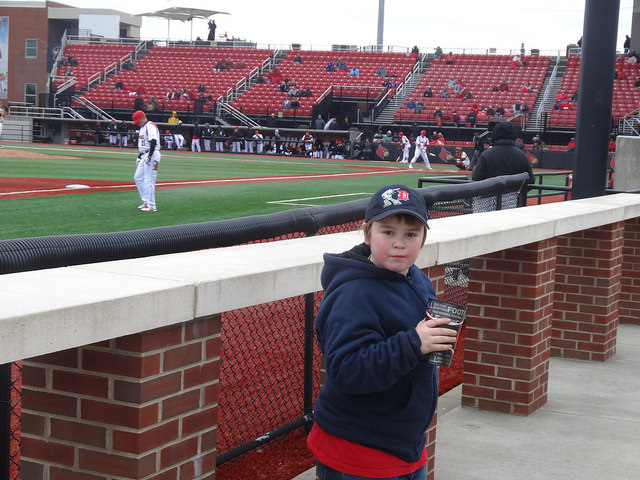