Busch Stadium-St. Louis, MO:  We were back at Busch the next morning for a day game, and I honestly couldn’t believe how big the crowd was.  There were 38,000 fans the night before, but a day game in the middle of the week drawing 37,000 was amazing.  We got to the ballpark as early as we could, and scarfed down some $10 hot dogs before game time.  We had nice seats in the outfield’s lower level, which gave us a different view of the game.  It was a hot day, but the breeze and cloud cover was our saving grace. 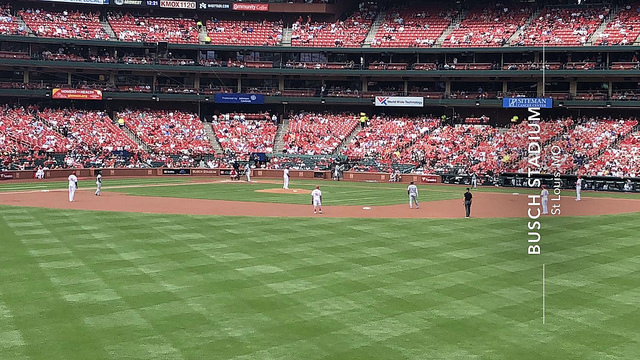 This was another solid game for the home town Cards.  Starting pitcher Carlos Martinez blasted his first ever home run to give St. Louis the early lead.  Dexter Fowler added to that with a two-run homer of his own in the seventh inning.  Martinez pitched a solid 7.1 innings, giving up one run on five hits while striking out five.  Bud Norris earned the four-out save with two strike outs.  The White Sox came back late in the game to make it interesting, but the Cards held on for the win.  Yadi Molina was 2-3 in the game, also.  Final:  Cardinals 3, White Sox 2. 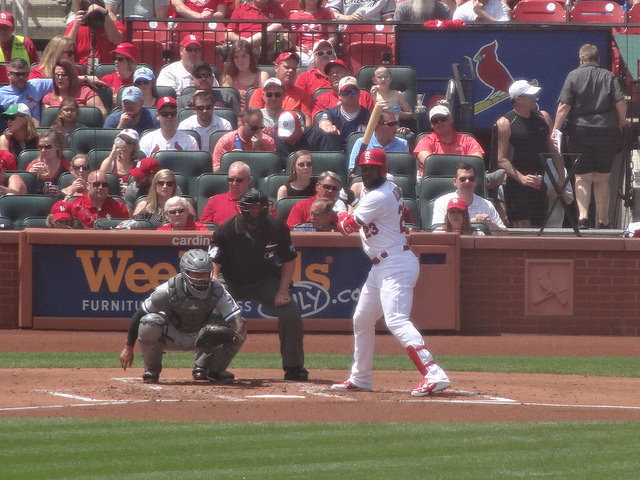 What a fun day, and again I’m blown away from the love and support for this team here in St. Louis.  Despite the cost, these were some fun games to go to, and a must for any baseball fan. St. Louis has some nice areas and fun things to do, so I’ll probably get the kids out this way at some point.

Busch Stadium-St. Louis, MO:  After a crazy day and long drive, we finally arrived in St. Louis!  Busch Stadium is a great place to watch a ballgame, but boy was it expensive.  Lucky for us I got really cheap seats off Seat Geek, but every other expense really took it’s toll.  We had some pretty decent seats, though, we were up high but in the front row so we had a great view of all of the action, and able to see the beautiful ballpark. 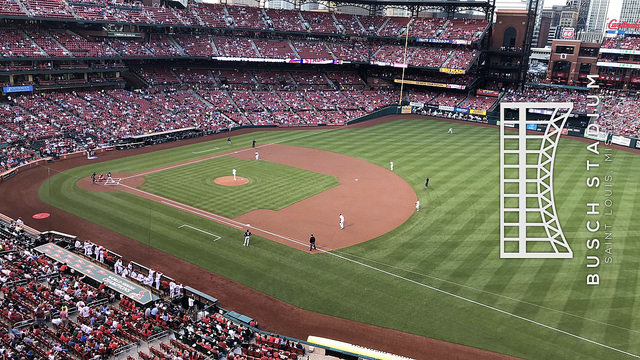 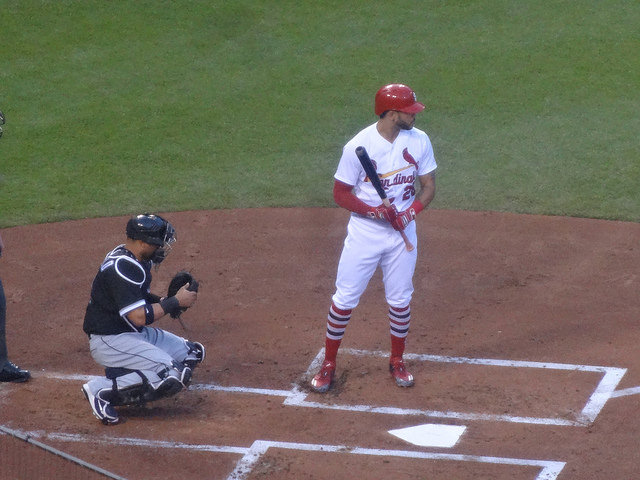 The game itself was a great one.  The Cardinals took the lead with a Tommy Pham home run, but later lost the lead.  Down 2-1 in the ninth, Matt Carpenter hit a home run to tie the game, then Yadir Molina’s base hit knocked in the winning run for a walk off.  Yadi was 2-4 on the day, and I can really see why Cardinal fans love this guy so much.  On he mound, Michael Wacha got the start, going five innings, giving up two runs on five hits, and striking out three.  Bud Norris would earn he win in relief, pitching one scoreless inning.

A fun game with a great crowd.  Over 38,000 in attendance for a weekday game, and we were all treated to a walk off win.  We would be back at Busch for a day game the next morning. 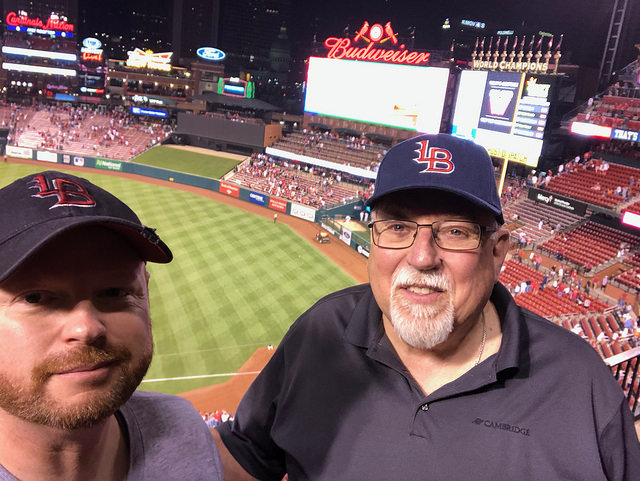