Whitecaps wrap up first half on winning note 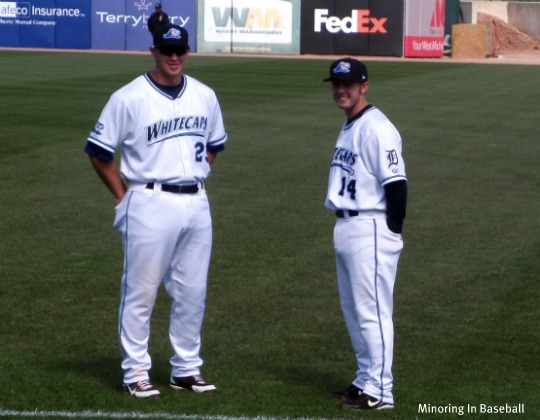 Wow, where has the season gone? The West Michigan Whitecaps ended the first half of the 2012 season playing some very good baseball, though. They went 15-5 in the last twenty games, to end up with a winning record of 36-34. They came up just short of landing the wildcard spot for the Midwest League‘s West Division, as they were  beat out by the Bowling Green Hot Rods. The ‘Caps did beat BG in Kentucky two out of three games, and did the same thing to South Bend, including a 14 inning win on the last day. No team was going to catch Lansing, who went 47-22 in the first half. West Michigan’s recent play, though, has fans optimistic that they can capture a play-off spot in the second half. The team also tied a record of hitting a home run in eight consecutive games, first set by the 2004 team. They were led offensively by Eugenio Suarez, who hit a team high .311 in the first half. Dean Green and Steven Moya tied for the team lead in homers with nine, and Moya led the ‘Caps with 43 RBI’s. The team leaders on the mound were Wilsen Palacious with seven wins, Marcelo Carreno with 58 strike-outs, and Daniel Bennett with nine saves. The Whitecaps return to action on June 22 to start the second half of the season after the All-Star break. 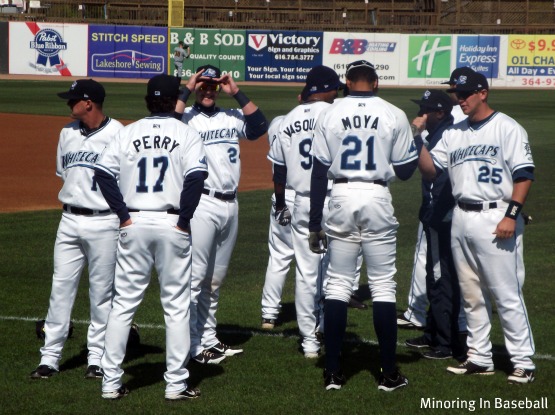 The Lansing Lugnuts are having a great season. No doubt about it, with a current record of 9-1. Their only blemish, however, came at the bats of the West Michigan Whitecaps on Friday night. The hero of the come-from-behind victory, was Danry Vasquez, who went 3-4 with the winning two run homer in the eighth inning. The 18-year-old Vaszuez is also ranked 18th on the Detroit Tigers prospect list by Baseball America. ‘Caps closer Dan Bennett made it interesting, but held on for the save, while relief pitcher Jade Todd earned the win. Also pitching in offensively, was Steven Moya, who was 2-2 on the night with a home run of his own. Eugenio Suarez also went yard to help West Michigan’s 5-4 victory. The team was unable to bottle that late game lighting, however, as they fell to the Lugnuts on Saturday by the same score of 5-4 in 12 innings. Sunday’s game would be another close one, and it was made a little more exciting with a home town boy on the mound for….Lansing. Jesse Hernandez played for Grand Rapids Community College and Central Michigan University before being drafted by the Toronto Blue Jays. The Lugnuts slugged their way to another 5-4 win, but Hernandez wasn’t involved in the decision. He did seem to appreciate the home town support, though, despite pitching for the visitors.

“It was amazing, and I can’t put it into words how it felt,” Hernandez told the Grand Rapids Press. “It is nice knowing that you have so many people behind you supporting you and I’m just very appreciative of those people. It was great having them their.”

“I look at it as not taking advantage of all the opportunities we had,” Young also told the Press. “We’re not going to take advantage of  all of them, but however, when we have an opportunity to get a pitcher out of a game, we have to find a way to do it. I hope that we will grow from this-losing by one run these three games-and get better. Hopefully we can find a way to pull for each other, to get a big hit or big stolen base, or take and extra base, something.”

The 4-6 Whitecaps now travel to Eastlake, Ohio to take on the Lake County Captains for three games before returning home to face the Wisconsin Timber Rattlers. 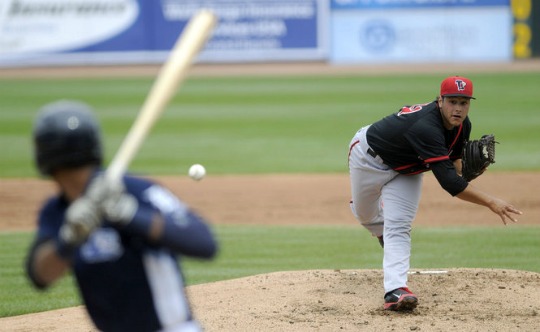 Grand Rapids native Jesse Hernandez on the mound for the Lugnuts 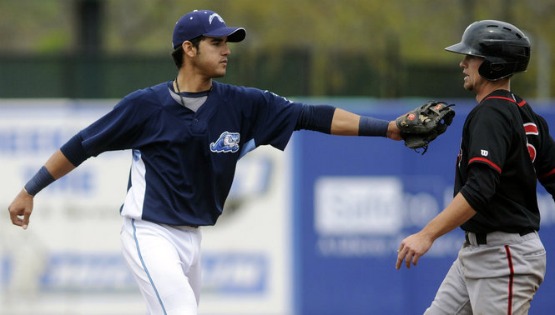 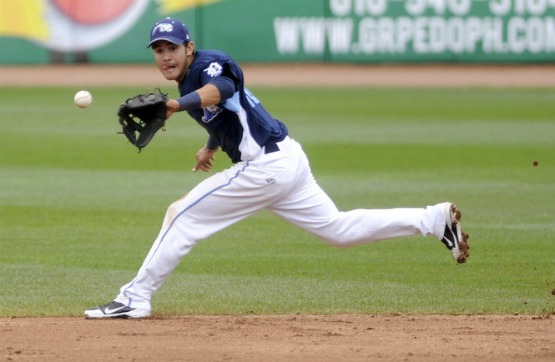