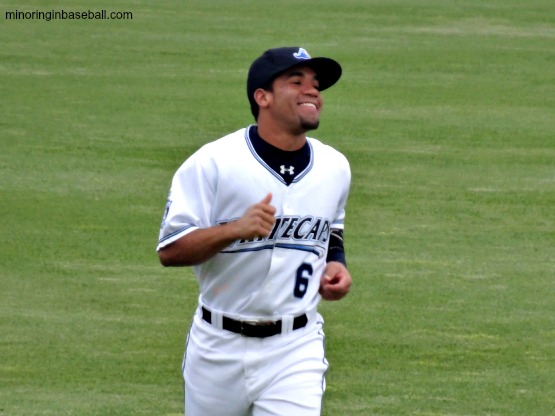 The West Michigan Whitecaps‘ second baseman Devon Travis (pictured above) earned a spot on the Midwest League All-Star team with his play this season, especially with his bat. He currently leads the league in hits and average at .350. Believe it or not, Travis wasn’t even a starter for the MWL East at the game in Dayton, Ohio on Tuesday night. That actually worked out well, however, as he was put into the game as a defensive replacement in the second inning. During his at bat in the fifth inning with the bases loaded, Travis lined a shot down the right field line for a triple that scored three runs. He was 2-2 in the game, getting a base hit in his first at-bat.

“I don’t know if I can put into words (how I feel).” Travis stated to MLive.com. “There are so many great players on this field tonight. It’s an honor to have the opportunity to play against the best in the league. I’m just so thankful.”

The MVP almost got away from him, though, as the East took a 5-2 lead into the ninth, but the relievers couldn’t hold on to it. The West came back to tie the game at five all, but Travis was saved by Dalton Pompey of the Lansing LugNuts, who hit a walk-off single to score the winning run. Whitecaps’ reliever Jose Valdez pitched 0.2 innings with a strike-out. Starting first baseman Jeff Holm went 0-1 with a base on balls in the game, but still had fun giving his teammate a face full of shaving cream.

“The highlight of my trip was giving Devon a shaving-creaming right on camera”, Holm stated jovially. “I’ve always wanted to do that.” About his All-Star experience: “It’s fantastic. You play against these guys all year and then you get a chance to play with them. It’s pretty cool. I just tried to do what got me here.”

Holm is batting .281 on the season with six home runs, and is leading West Michigan with 42 RBI’s. Valdez is second in the MWL with 15 saves, and has a 2.84 ERA. Our next game planned is just over a week away, and is Star Wars night in West Michigan. It will be fun to see these All-Stars in action once again. 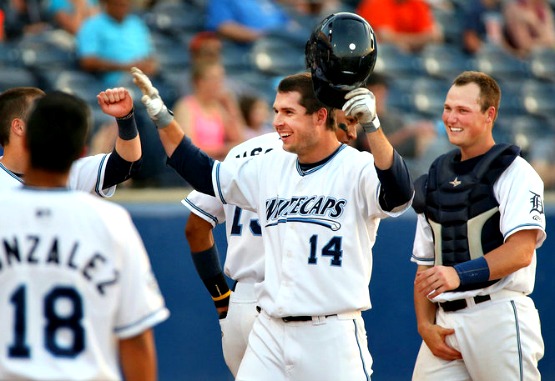 The West Michigan Whitecaps took two of three games from the Cedar Rapids Kernels in their latest home-stand. The Kernels rolled into Comstock Park with pretty impressive record of  18-6, good enough to lead the Midwest League. In game one, the Whitecaps won 7-2. Austin Schotts and Jake Stewart homered twice in ending the Kernels nine game winning streak. Hudson Randell pitched well and kept the Cedar Rapids offense in check. Brennan Smith would earn the win, though, in relief. 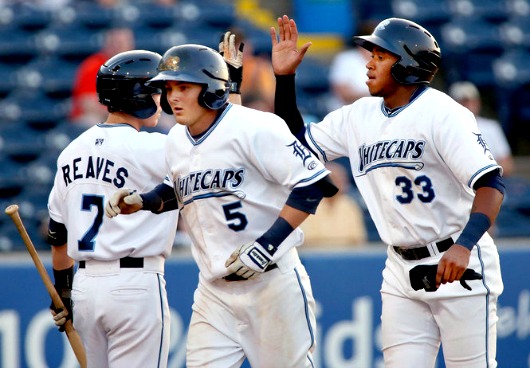 In game two, the ‘Caps needed 10 innings to down the Kernels, with Danry Vasquez pounding a single up the middle to score Devon Travis. West Michigan was down twice in the game, but came back to force the extra inning. Jeff Holm went 3-4 on the day, with two RBI’s. Jose Valdez earned the win on the hill, coming in relief of Jordan John. 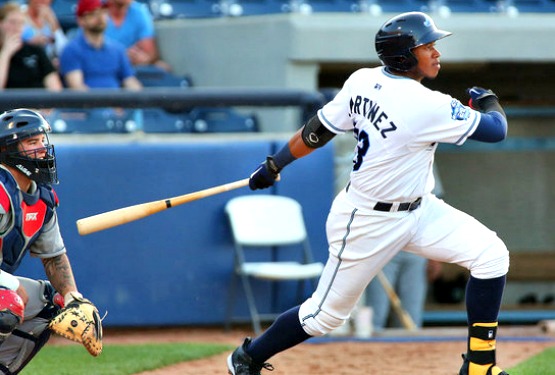 The Whitecaps had a chance for the sweep, but the Kernels avoided that with the 8-6 win. A tough loss for West Michigan, but the high-powered Cedar Rapids offense finally showed up. Devon Travis went 2-5 with a home run and an RBI. Zach Kirksey also rocked a home run, going 2-4 with two RBI’s. Endrys Bicendo took the loss on the mound for the ‘Caps. 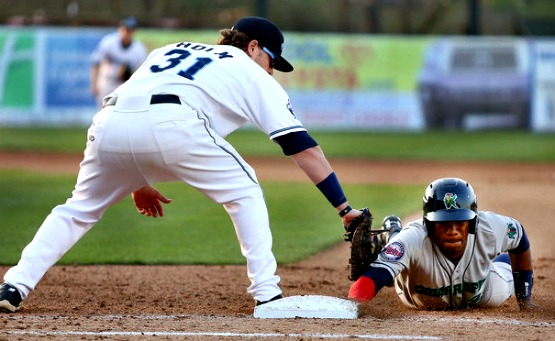