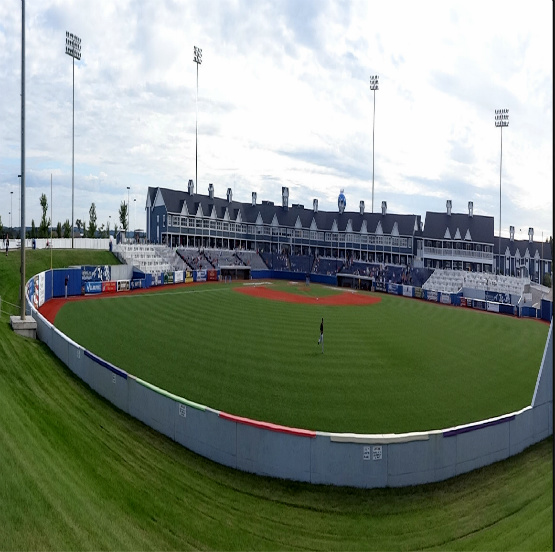 Wuerfel Park–Traverse City, MI: I admit I’m a little behind on my posts. The last entry I wrote a few weeks ago, but was just able to get the pics uploaded due to computer problems and us moving into a new house! Anyway, this game was also a few weeks ago, but still fresh in my mind as it was a good one. And the ‘free baseball’ headline has to do with the tickets coming with Trevor’s baseball academy, and also the fact that this was another game for us that went into extra innings (our game in Battle Creek was extras, too). So, we’re back at Wuerfel Park, the site of the baseball academy, here to watch the big boys play. Another game where Brian spent half of it at the playground, but still had time to visit with his Papa, and meet the TC mascots Suntan and Sunburn. Trevor hung out in the outfield, but wasn’t able to wrestle a foul ball this time. Lily did what Lily does, and socialized some but spent some time with her Papa also. We had great weather, and another fun time watching the Beach Bums, this time taking on the Florence Freedom in Frontier League action. And an action packed game it was… 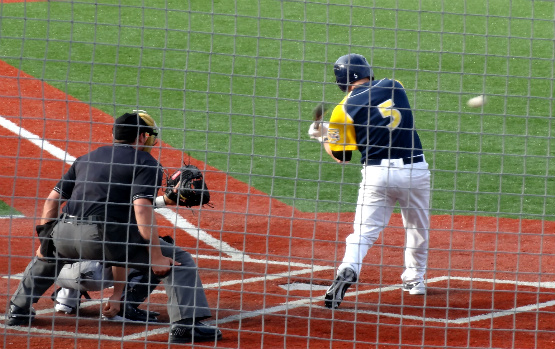 The Bums were down 3-0 going into the seventh inning, you see, and that’s when things started going their way. Sean Gusrang reached safe at first due to a throwing error, to start a rally. Gusrang scored on a Marcus Nidiffer double, and later scored on a sac-fly by Ryan Still, to cut the score to 3-2. The eighth inning started out with a Taylor Wrenn double for the Beach Bums. He was moved to third by Jose Vargas, and scored on a Carlo Testa single, to tie the game at 3-3. Both team threatened, but couldn’t get any runs across until the 10th inning. That’s when Wrenn got hit by a pitch, then moved to second when Chase Burch walked. That opened the door for Zach Kometani, who became the hero of the game with his walk-off single, scoring Wrenn. On the mound, Nick Capito earned with win with three scoreless innings. I hope our games next weekend will be as exiting as these! Final: Beach Bums 4, Freedom 3 (10 innings). 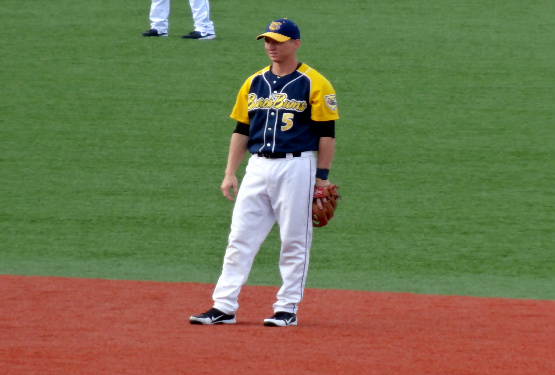 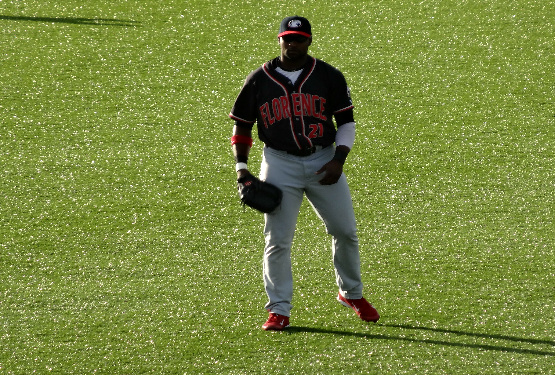 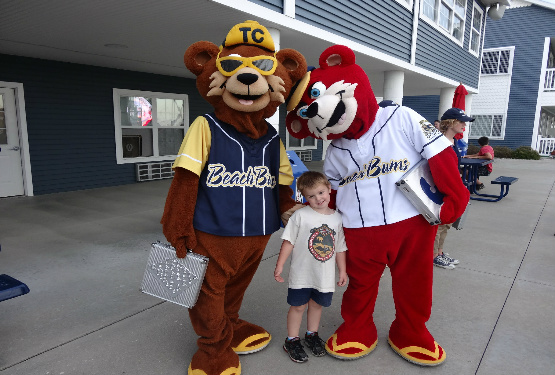 The three reasons I’m the luckiest man in the world! 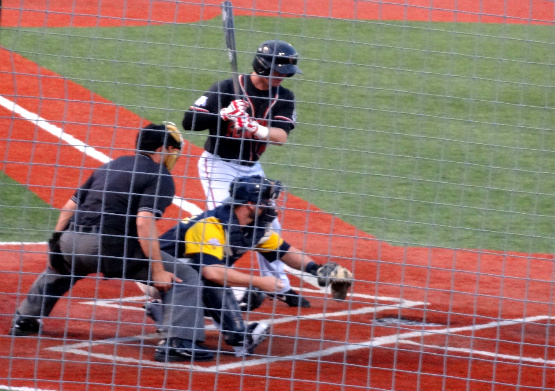 The Traverse City Beach Bums sent six players to the Frontier League All-Star Game in Washington, PA. Scott Dunn was named the starting pitcher for the East squad, and with good reason. He recently set the record by becoming the first pitcher in the history of the FL to start 10-0 on the season, and has a 1.98 ERA. He pitched the first inning of the All-Star Game, using only six pitches to retire the three batters without giving up a hit. Taylor Wrenn was the starting short-stop for the East. Hitting .302 with 11 doubles, three triples, five home runs, and 28 RBI’s, he was an easy choice. Wrenn went 0-3 at the plate in the game, however. Catcher Marcus Nidiffer made his second straight appearance in the ASG, last night. He came in to pinch-hit in the seventh inning, going 0-1. For the season, Nidiffer is batting .252 with 18 RBI’s. Big Chase Burch made his presence felt this week, also. He was the runner-up in the home run derby, and was 0-0 in the game, with a run scored after a base on balls, and getting hit by a pitch. Burch is hitting .305 this season, with nine home runs, and 42 RBI’s. He is also among the leaders in runs scored, on-base percentage, slugging percentage, base on balls, sacrifices and hits. Pitcher Jake Sabol is 6-4 so far this season, with a 2.36 ERA. He pitched a scoreless eigth inning for the East, with one strike out. Relief pitcher Nick Capito entered the ASG with a 2-0 record and a miniscule 0.76 ERA. He has struck out 37 batters this season, keeping them to a .117 batting average against him. He did his job last night, facing one lefty hitter in the ninth, and striking him out. Unfortunately for the Bums and the East, the West won this game by the score of 4-2. Congratulations to all  of the Beach Bums All-Stars for 2013, though. We look forward to seeing them play again this season.