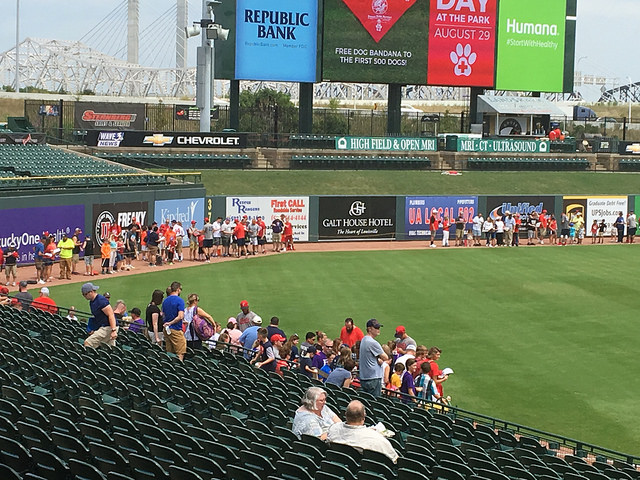 Louisville Slugger Field-Louisville, KY:  This was such a bitter-sweet game, as it was the last Bats game for us this season.  It’s hard to believe the season, and summer, has gone by so quickly, but here we are, ready to say goodbye to Louisville Slugger Field for a while.  A good way to send us off, though, is the Bats held their autograph day for their last weekend home series.  Brian was excited to meet the players and get his baseball signed.  Most of the players were good with the kids, coach Jody Davis was great with the fans, while new-comer Scott Van Slyke skipped over some kids to sign a folder full of cards (look them up on eBay!!!). 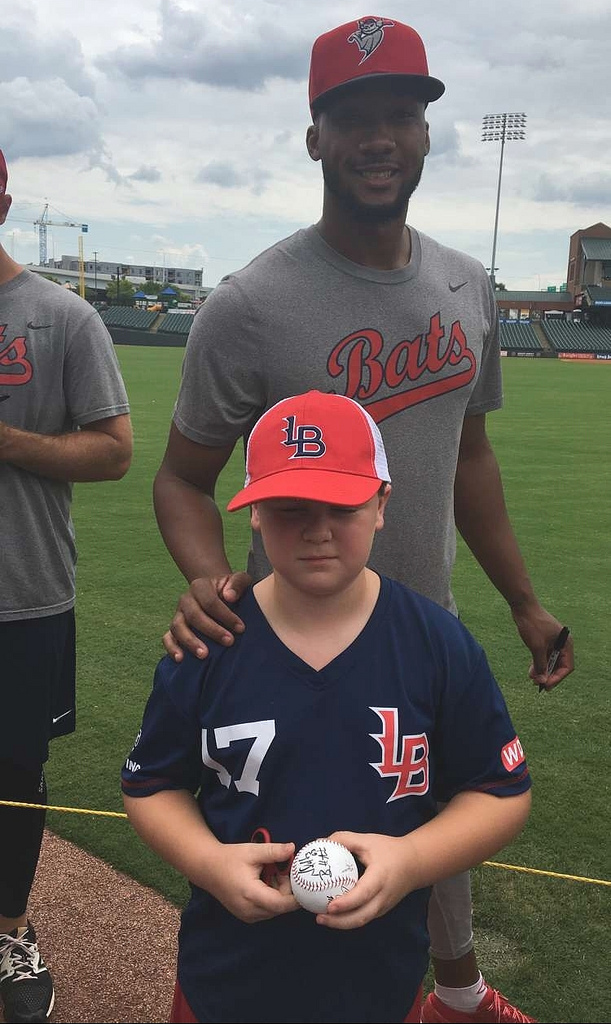 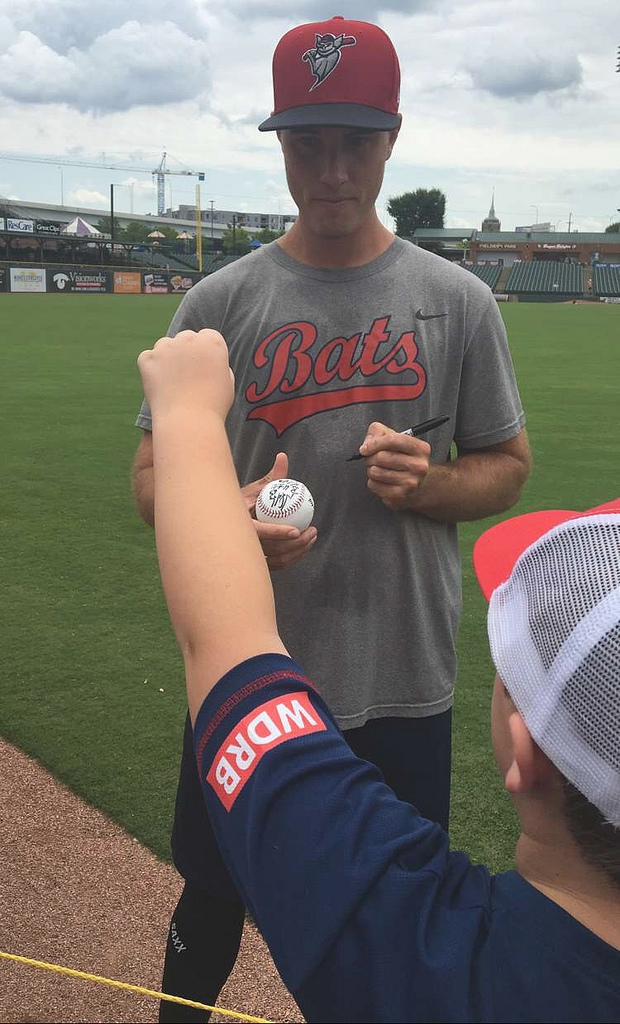 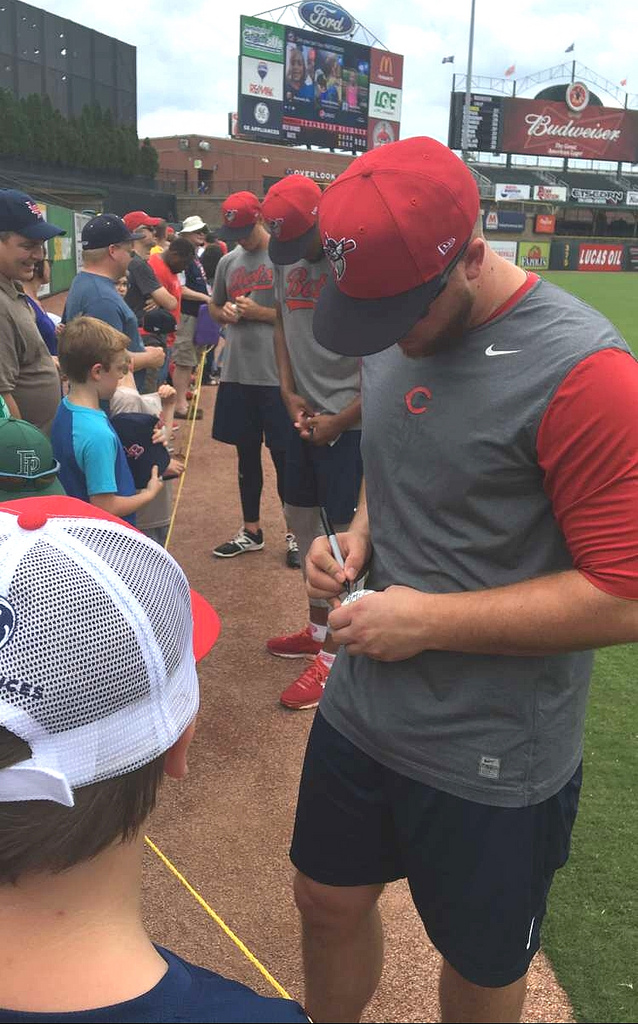 It was another warm day, so we made sure to get seats out of the sun.  While the weather was warm, the Bats’ bats were hot.  Alex Blandino and Brandon Dixon hit back-to-back home runs in the first inning, while Scott Van Slyke hit a RBI single to put Louisville up 3-0.  Dixon had a career game for the Bats, going 4-5 with three home runs, a double, and seven RBI’s in the game. He was a big part of the Bats’ seven run fourth inning, chasing top Twins prospect Stephen Gonsalves. 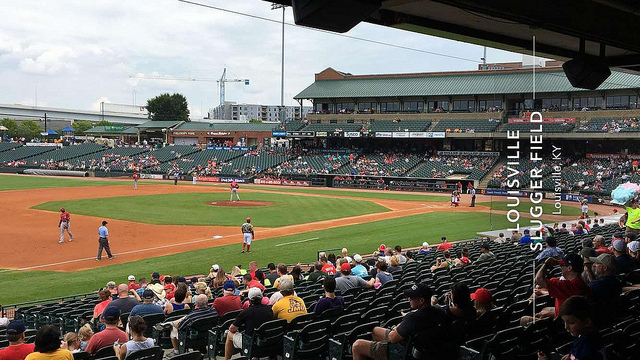 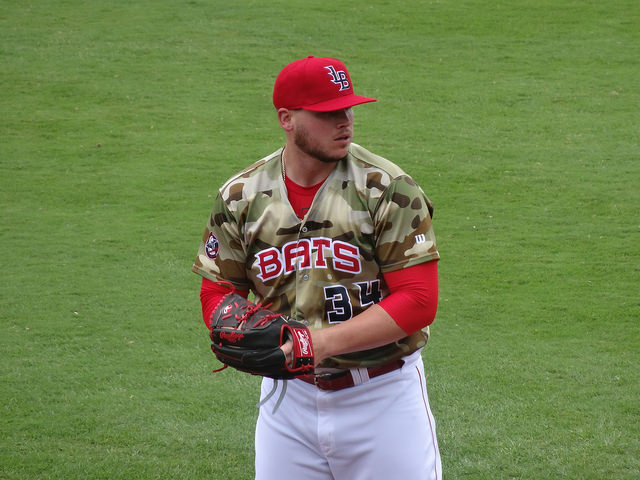 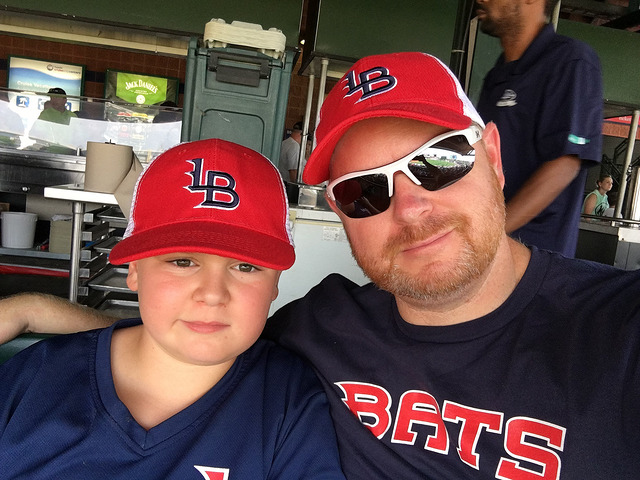 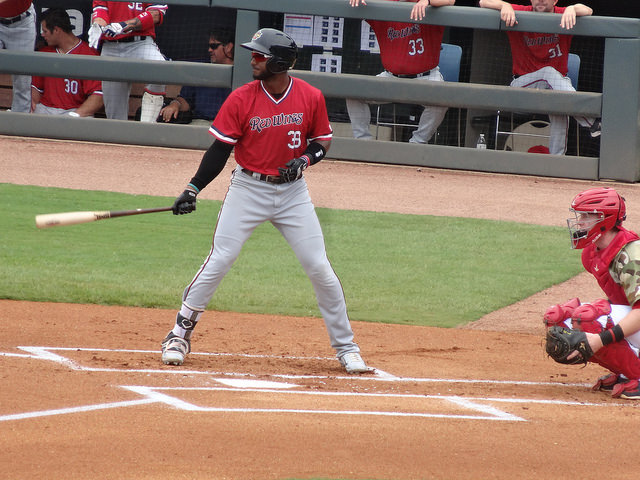 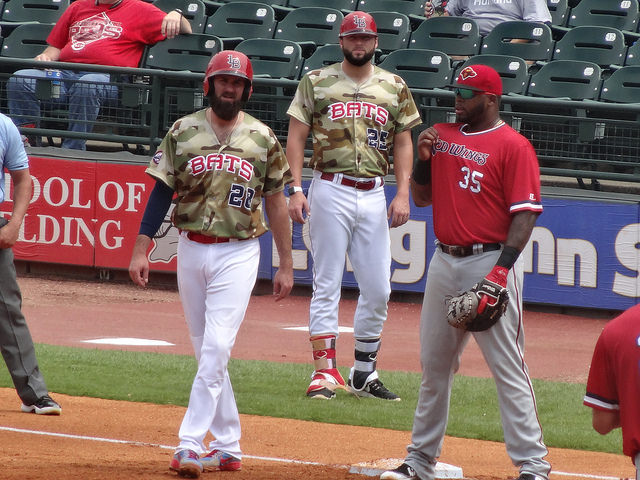 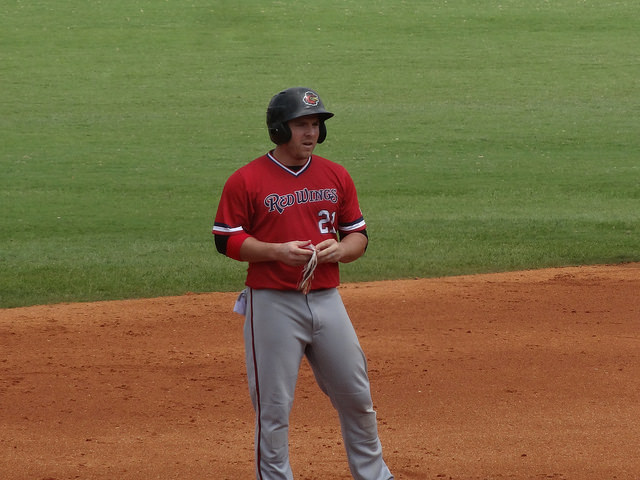 Again, a fun day, but sad that it’s our last Bats game of the season.  Hopefully this isn’t the end of baseball season as a whole for us, though.  Brian starts fall ball this week, the Florence Freedom are in the playoffs, and we hope to catch another Reds game this fall.  The Bats are also hosting a movie night next month which should be fun.  I’ll leave off with a photo of Brian up on the #BatsBoard after the autograph signing.  Remember to add me on SnapChat @minorbaseball to follow the live game action. 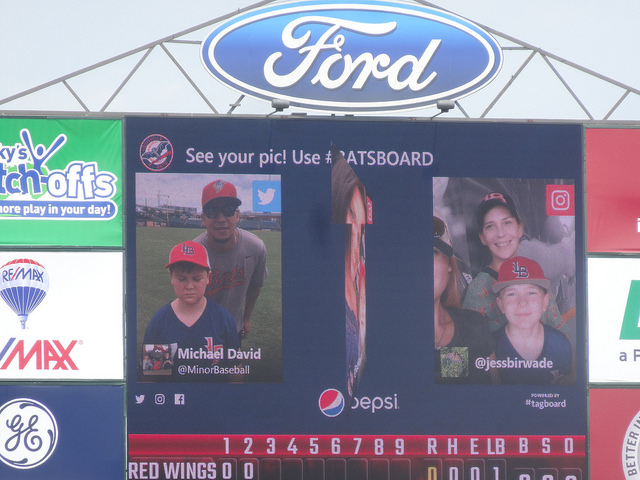