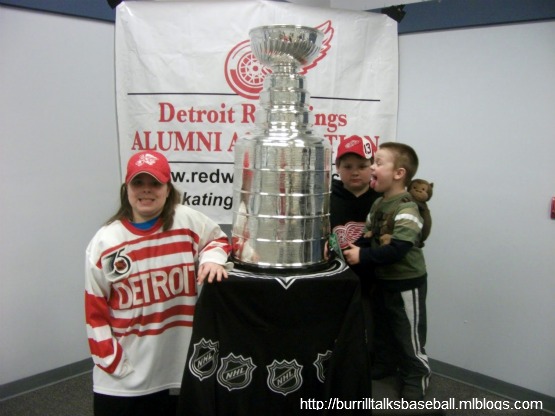 It’s always hard to watch baseball come to an end in the fall, but at the same time it makes you appreciate it when it comes back the next spring. As much as we miss baseball during the winter, we don’t just sit around and sulk. Winters up here can get dull and depressing, so we really have to keep busy to beat the winter blues and make it through until the baseball fun begins. As usual, we take in a lot of hockey games up here. We live in the original ‘Hockeytown U.S.A.’, so between our Lake Superior State Lakers, junior and high school hockey, we spend a lot of time at the rink. We also do a fair share of ice skating ourselves, too. The kids are involved in their own activities throughout the school year as well. Lily participated in the youth bowling league, while Trevor played flag-football and wrestling. A special treat this winter, too, was that we were able to catch a Harlem Globetrotters game. I took Trevor and Lily a few years ago, but this was Brian’s first time seeing them and he had a great time. We were also able to see the Stanley Cup at a Detroit Red Wings Alumni game which was a thrill for the kids. It wasn’t just sports that held our interest, as we saw some rock concerts, too. I took the two older kids up into Canada to see Avril Lavigne (my hearts pants…), and saw legendary rock bands like Slaughter and Stryper come to town. We also spent some time playing outside, and over at the tubing hill blazing down the icy slopes. Do you think that scared Brian at all…No. Anyway, I might not win father of the year..I’ve been known to give the kids NyQuil out of a shot glass, and help them with their math by teaching them Blackjack, but we do have a lot of fun together. Plus, only a single dad can get away with a full size hockey net in the living room, and foosball table instead of a dinner table! 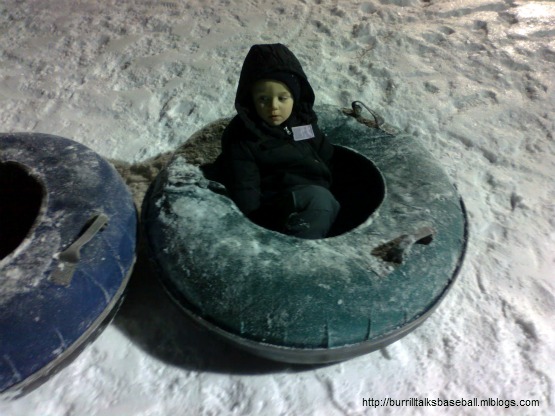 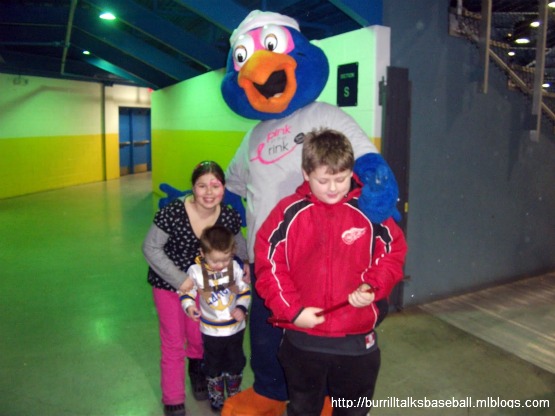 Brian was in awe of the Globetrotters, even after seeing them on ‘Scooby-Doo‘! 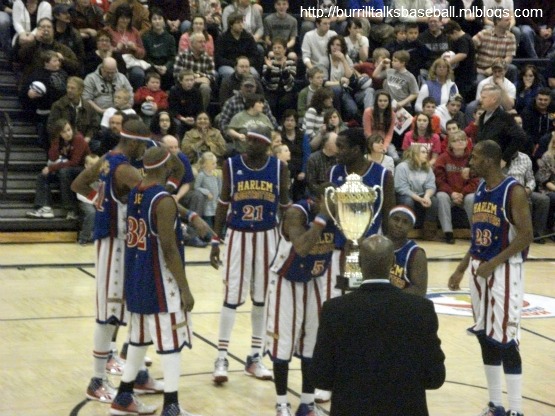 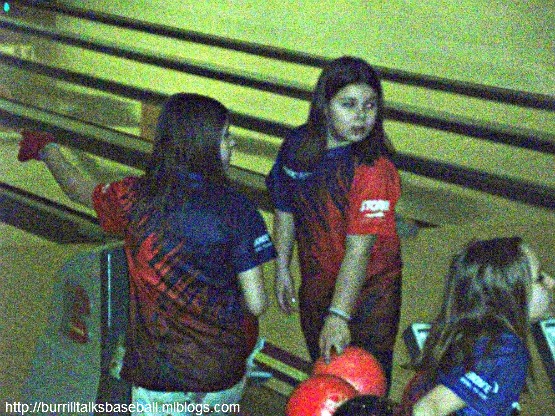 Bad pic, but Avril is down there, trust me. My eyes never left that girl the entire time she was on stage…