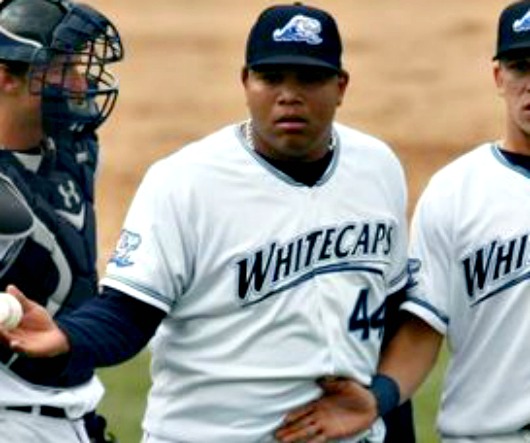 Whitecaps alum Bruce Rondon will be competing for the Tigers closer role this spring.

The Detroit Tigers need a closer. GM Dave Dombrowski stated in a news conference that the won’t be pursuing former closer Jose Valverde, for very apparent reasons. In the same breath he also mentioned West Michigan Whitecaps alumni Bruce Rondon for a candidate for the role. After all, free-agent closers are in short supply this off-season, and in this Borus-esque world, the most routine pitchers will be wearing high-end price tags. So, it would make sence for the Tigers to look into their farm system, and why not look at a kid who can hit 103 on the radar gun. The 21-year-old from Venezuela takes care of opposing batters with quick innings, and the GM in Detroit is taking notice.

“He’s a rare talent”, Dombrowski told the Detroit News. “You would not believe the number of clubs that have called me about Bruce Rondon to trade him. This guy is a closer, with the makeup of a closer. Normally, you’re not going to thrust that (job) in a young guy’s hands and say, automatically, ‘It’s your job’. But it would not surprise me if he earned that job.”

What DD means in the ‘makeup of a closer’, is that Rondon simply overpowers hitters. A closer needs to intimidate the opposition and deny them any chance of a rally. Throwing fastballs at 100 mph usually does that, but he also has an effective slider, and can thow in the change-up. He’s impressed his pitching coach at Double-A Erie, too, former ‘Caps coach Ray Burris.

“The average is 99-100”, Burris also told the News. “It’s a comfortable velocity for him. But, he’ll also throw 103, and then maybe back off to 95 or 96. He’ll throw that slider at 91 and his change-up is up at 88-89. If you look at the discrepancies in velocities, what you see is that he knows what pitching is all about. He knows when to back off. And he knows when to get the strikeout. It just shows this young man, at his age, has a great feel for pitching.”

He spent the 2011 season with the Whitecaps, where he walked 34 batters in 40 innings of 41 games. He did, however, have 61 strikeouts and only 22 hits against him. In 2012, he played High-A, Double-A, and Triple-A ball. At Lakeland, he gave up only 12 hits and struck out 34, and only walked nine in 23+ innings. At Erie in 21+ innings, he also had nine walks, with 23 strikeouts and gave up five hits. He did struggle a bit in Toledo, though. He gave up six walks and five hits, while striking out nine. The Tigers drafted him in 2007 when he was only 16 years-old. Rondon is currently pitching for Navegantes del Magallanes in the Venezuelen Winter League pitching in three games, six innings, while striking out five and walking five. The opposition is only hitting .158 against him. Hopefully this success will carry over to spring training, and a spot on the Tigers roster.