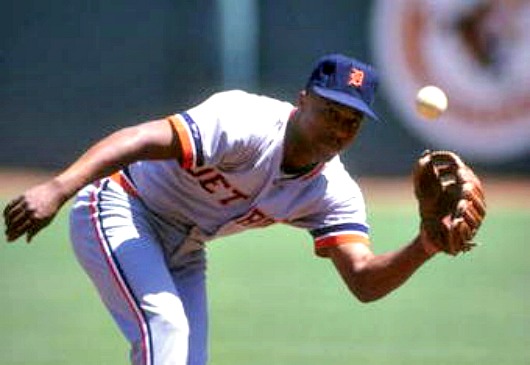 The West Michigan Whitecaps will continue to have ‘Tiger Friday’s’ as one of their top promotions next summer. The former Detroiter who will be ‘headlining’ this promotion will be one of the best second baseman in Tigers history…’Sweet’ Lou Whitaker. The other half of one of the greatest double-play tandems in history (along with Alan Trammel) will appear at Fifth-Third Ballpark on June 28. The first 2,000 fans will receive a bobble head, but due to high demand, there will be a raffle for autographs. Nothing has been posted yet on the ‘Caps website on how to enter the raffle, but when they due I’ll be sure to keep it to myself.. I would love to meet Lou, as a fellow second baseman, he’s was one of my idols growing up. He came up just about the time I was really getting into baseball, collecting cards, and getting my jersey dirty on the field myself. In high-school, I was even given the ‘Sweet Lou’ moniker for my play in the field. We’ve actually only been to one Tiger Friday, when we met John Wockenfuss  back in 2009. I’ve missed some of my other favorites like Matt Nokes and Mickey Tettleton, though. I’m hoping that either one of the kids or myself win a chance to meet Whitaker. The rest of the participants for Tiger Fridays will be announced later this winter. 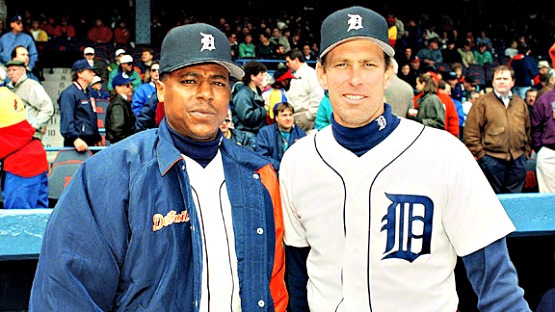 Lou played in Detroit for 19 seasons from 1977-1995. He and Trammel were one of the best double-play combinations in the game through out that period. Lou was on that great Tigers’ team of 1984 that roared to the World Series Championship. He was the American League Rookie of the Year in 1978, and a five-time All-Star. In 1985 he was voted to start the All-Star game, but forgot his bag in the back of his car before leaving for Minnesota. He used the glove, batting glove, and helmet from his fellow All-Stars, and wore a Tigers hat and jersey from a souvenir stand. One of the clubhouse attendants drew his #1 on the back with a marker. One of my favorite Lou stories.