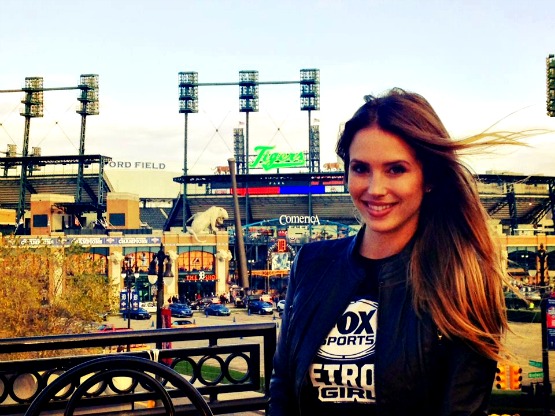 Yesterday was Allison’s last official day as a Fox Sports Detroit Girl. She’s out in California now, and no doubt she will be successful in everything she does. We here a M.I.B. wanted to say ‘thank you’, and wish her all the best. She and Lauren have done a great job representing Detroit sports and the state of Michigan. Allison was also one of the few Fox Sport girls chosen to attend last year’s MLB All-Star Game in Kansas City. She’s already had an un-credited cameo in Iron Man 2, and rumor mill has it she’s dating Captain America himself, Chris Evans. As a Marvel fan when I was a kid, I think this is pretty awesome. I believe that she had a hand in choosing her successor, though her and Lauren set some pretty high standards. All the best, Allison!