Fifth-Third Ballpark–Comstock Park, MI: It’s that time of year again, when myself and the little nerf-hearders head down to Star Wars Night. This year, we were back at the Fifth-Third Ballpark, with the Whitecaps as our host. Despite the weather report calling for rain, it all held off and it was a beautiful night. The kids were able to meet all of their favorite Star Wars characters, and some of the guys in the suits were pretty darn funny. They kept the sold out crowd entertained until the game started, and were more than happy to pose for pictures for the kids. This was one of the best Star Wars nights we’ve been too so far. We tried for some Whitecaps autographs, but got very few as the players didn’t walk by the fans due to the Star Wars guys. 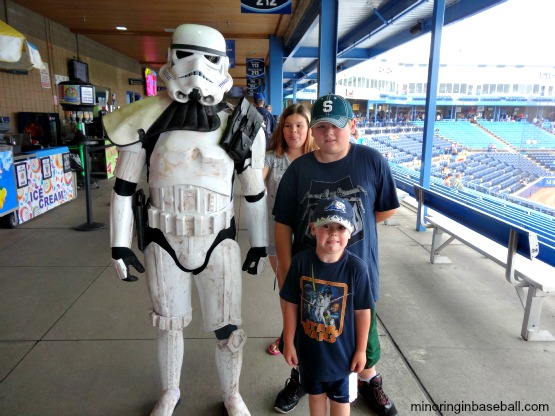 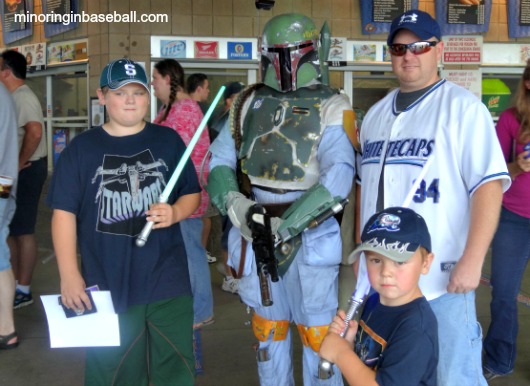 The most feared Bounty Hunters in the Galaxy…

The Force is strong with these two! 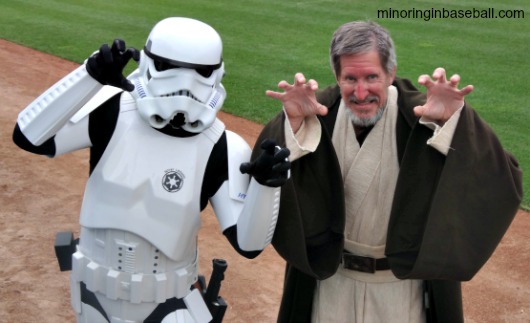 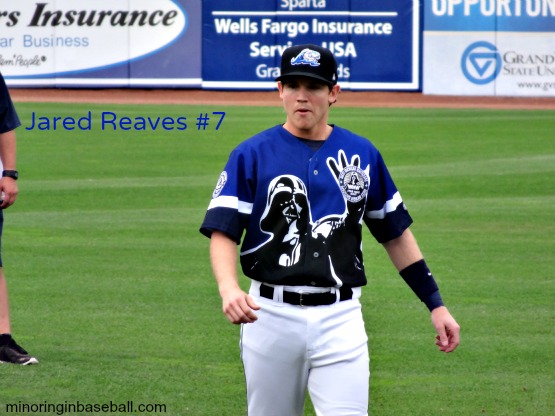 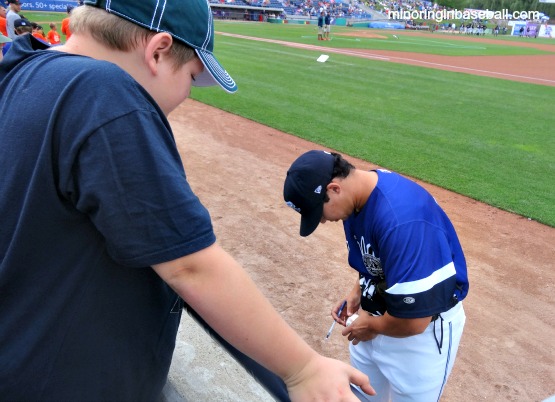 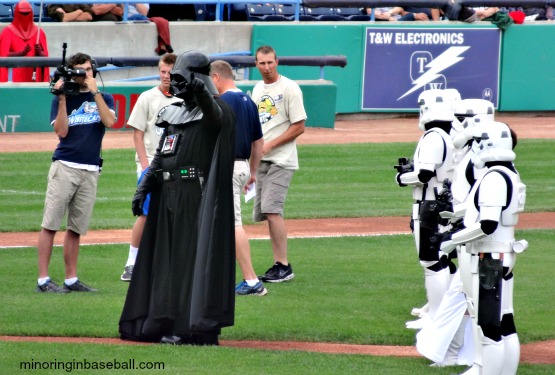 As for the game itself, it was another dismal one for the Whitecaps. They’ve had a tough time offensively ever since Devon Travis was promoted. DH Lance Durham did go 2-4 on the day, however, but short stop David Gonzalez was the only one able to strum up an RBI. Chad Smith took the loss on the hill for West Michigan, giving up only two earned runs, though, and striking out three. Corey Knebel came in for the ninth inning, and stayed perfect so far since joining the ‘Caps. Final score: Whitecaps 1, Hot Rods 3. 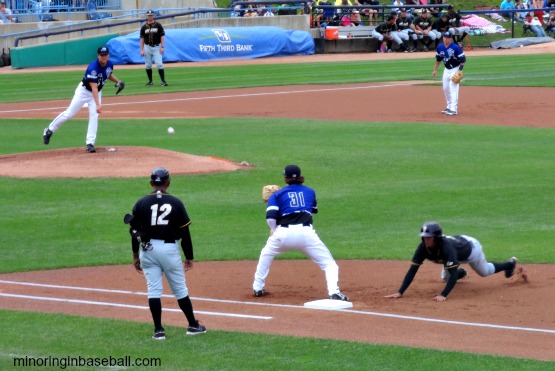 Brian with our favorite mascot-Crash the River Rascal!

Brian found some fellow Jedi to duel with! 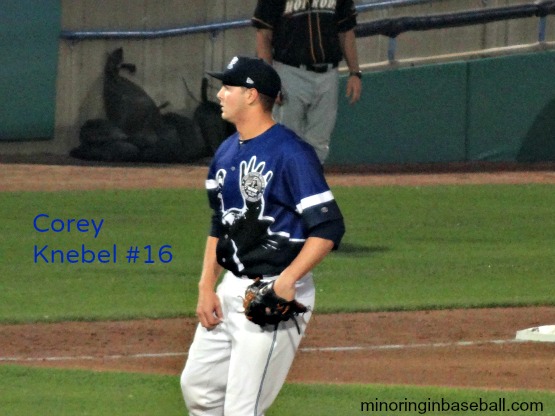 An Imperial Guard doing the YMCA!

We also got this picture taken by MI Unlimited Photography: 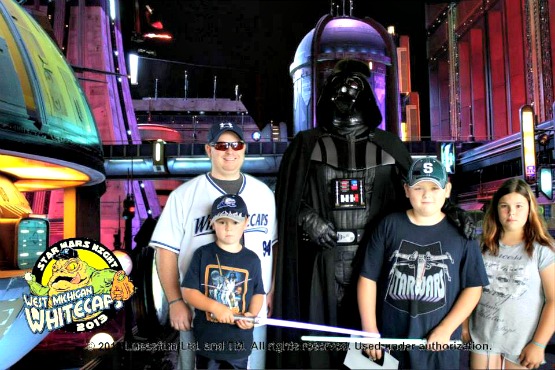 Here’s a video the Whitecaps released on their YouTube channel featuring Lily and Trevor: