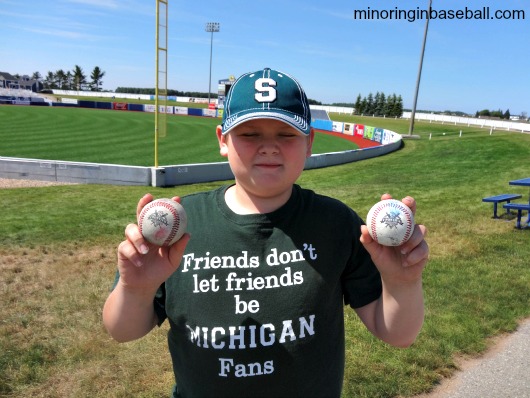 Wuerfel Park–Traverse City, MI: On our way back home, we decided to hit a Beach Bums game, and make the weekend complete. It was their Family Funday Sunday, with the team signing autographs, so we got there when the gates opened. We decided to go with the lawn seats for this game, which we haven’t done in a few years. We dropped out blankets out by the playground so Brian would be happy, and so we also had a nice view of the game. We were lucky enough to find two Frontier League baseballs waiting for us out there, too. Getting to the ballpark early does have it’s advantages. We also found out that the Bums do the autograph sessions after the game, so we had some time to walk around and get some pics before the action started. The game itself was great, as the Beach Bums scored four runs in the first inning, and never looked back. Jeremy Banks led TC with three hits, while Chase Burch, Carlo Testa, and Zach Kometani each collected a pair. Burch had four RBI’s in the game, and as of this post leads the league with 39. Jose Varges also had a two RBI triple in the first inning to help set the pace. On the hill, Scott Dunn was brilliant, throwing a two-hit shutout. He only gave up a pair of two-out singles, and no runners went past first base. This was also the first complete game of Dunn’s career, and he did it throwing just 89 pitches. Final score: Beach Bums 8, Crushers 0. 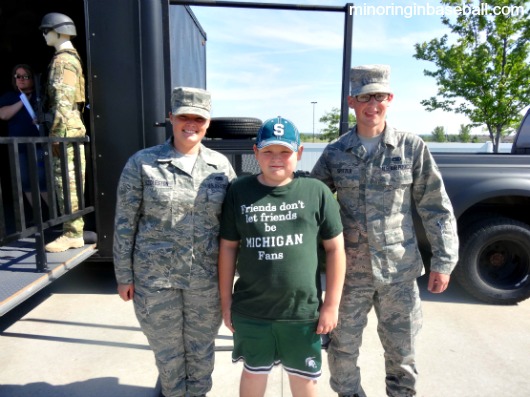 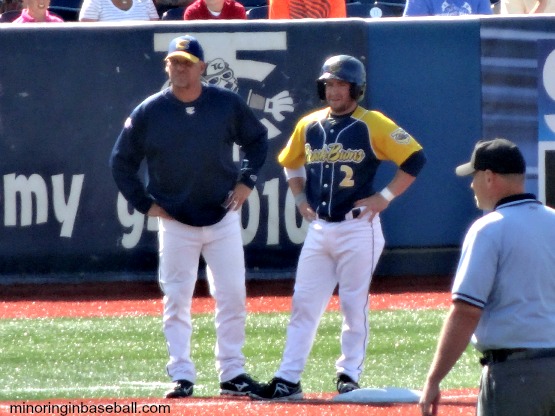 Trevor fought for a foul ball, too! 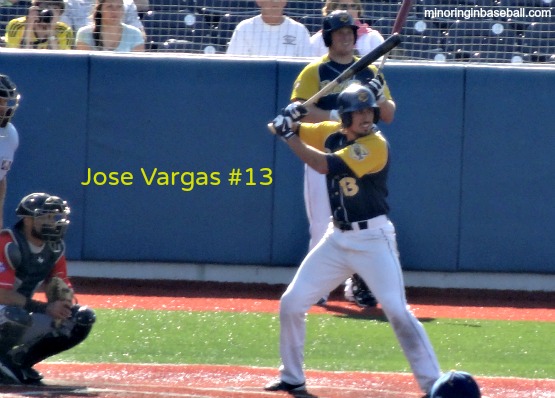 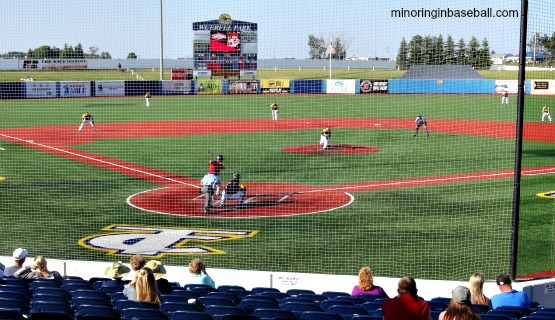 Suntan gives an American Flag to one of our honored Veterans

During the game, Trevor wrestled down a foul ball, also, so we had three on the day. He really earned that ball! The Air Force was also represented, with a trailer full of recruitment material and give-aways for fans. It’s good to see our armed forces represented, and the Beach Bums do a great job supporting the troops! After the game was more fun, as Brian showed off his stuff running the bases with the other younger kids. It was then time for some autographs, and TC has a good system of having some tables set up so fans can move down the line in an orderly fashion to meet all the players and coaches. Lily and Trevor were each given a free team poster to get signed, while Brian opted to use one of the baseballs we found. The players were nice to the kids and this made it a special game for us. Just some more reasons to check out some Independent Pro teams if you get a chance. Family friendly and lots of fun. We’ll be back in Traverse City later this month, as Trevor will be participating in one of the Bums baseball clinics. 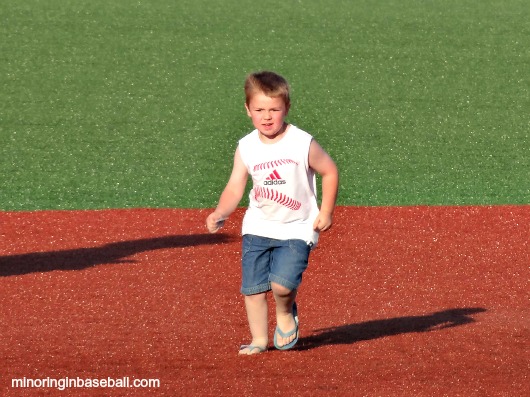 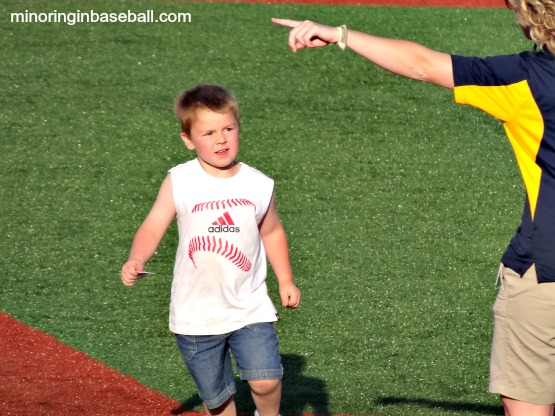 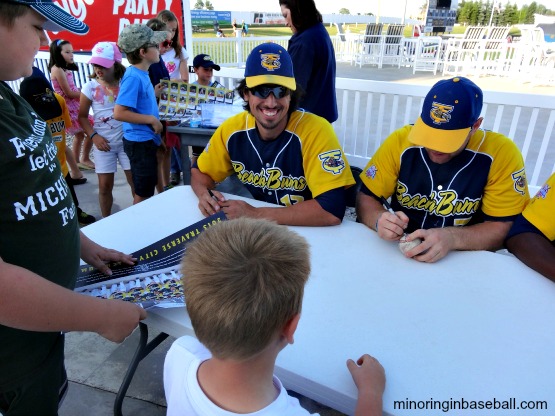