Yes, it’s that time of the year again when we get to vote for the very best of Minor League Baseball this past season. As usual, a few of the local players made the list. I’ll be voting as much as possible, and hoping some of them can bring home an award or two. 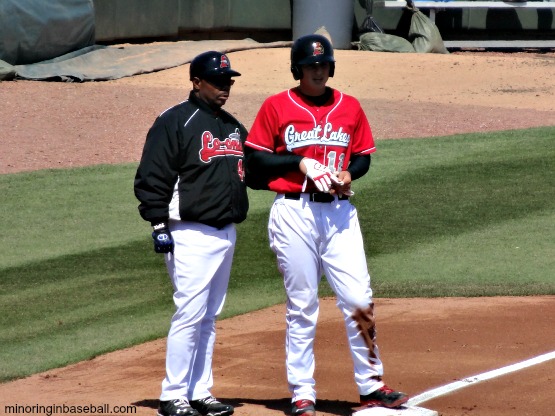 Top Offensive Player: Former Great Lakes Loons short stop Corey Seager had a fantastic season for the High-A Rancho Cucamonga Quakes. He led all of the minors with 50 doubles, and was tied for first with a .349 batting average. Throw in 20 home runs and 90 RBI’s, and you have a player worthy of being named a top offensive player. 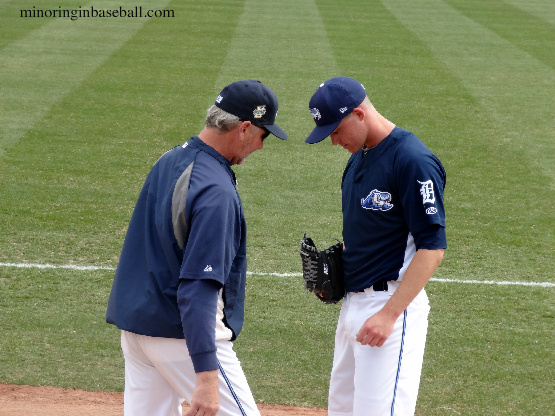 Breakout Prospect: Most Tiger fans knew outfielder Steven Moya was a top prospect going into the season, but he really earned that moniker in 2014. Hitting .276 with the Double-A Erie Seawolves, he also belted 35 home runs and drove in 105. He also showed some speed, stealing 16 bases this season. Those stats were good enough to be named the Eastern League MVP, but will they be good enough to be the breakout prospect? As a former West Michigan Whitecaps, he’ll be in completion for that crown with hurler that pitched for the ‘Caps this season. Kevin Ziomek quickly moved up the Tigers prospect list with his accomplishments this season. A member of a rotation stacked with top prospects, he led the Midwest League with a 2.27 ERA, and his 152 strikeout were second in the league. With is 10-6 record, he can certainly be considered a breakout prospect. 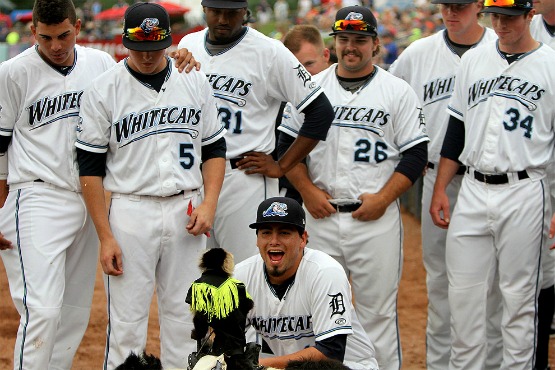 Photo of the Year: No monkey business here, as the ‘Caps are up for the photo of the year award. The above photo was taken during one of the promo nights (Team Ghostrider) where the monkeys ride around on dogs and heard sheep. We didn’t get to see the act this season, but last year in West Michigan. It’s a funny photo and I’m voting for it to win! You can vote for your favorites HERE.

Seager and Ziomek photos property of Minoring In Baseball