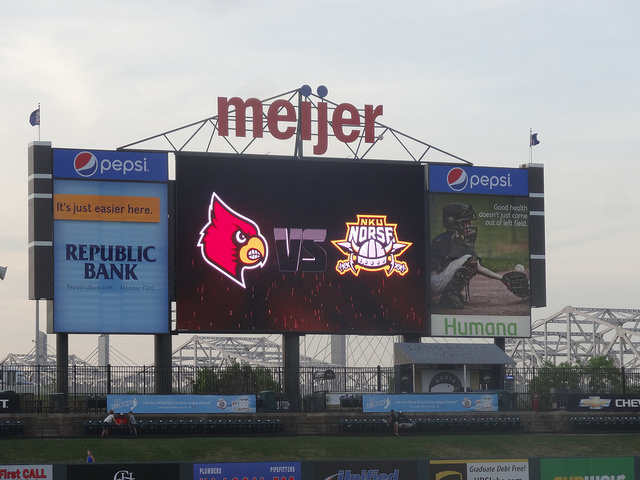 Louisville Slugger Field-Louisville, KY:  The 26th marked our one year anniversary of living down here in Kentucky, so we decided to celebrate with a baseball game featuring two Kentucky teams.  The Cards were hosting the Northern Kentucky Norse at Louisville Slugger Field (where the Bats play) for a special game.  This was our first chance to check out NKU, also.  I was fortunate enough to get these tickets for free, after buying tickets for the ACC Baseball championship here next month.  Free tickets are the best kind, and Trevor and I had great seats to watch a great game. 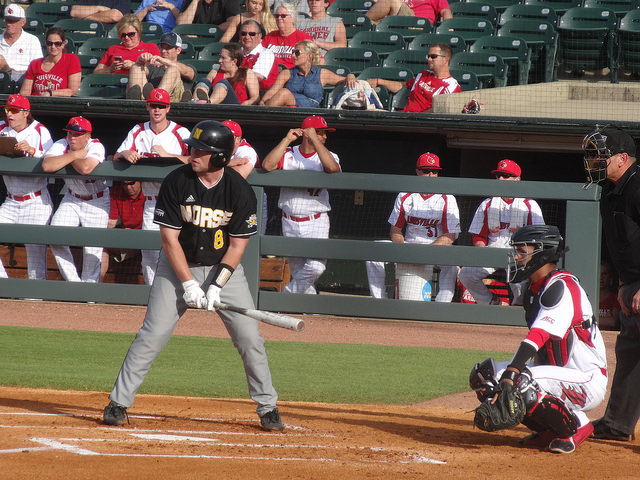 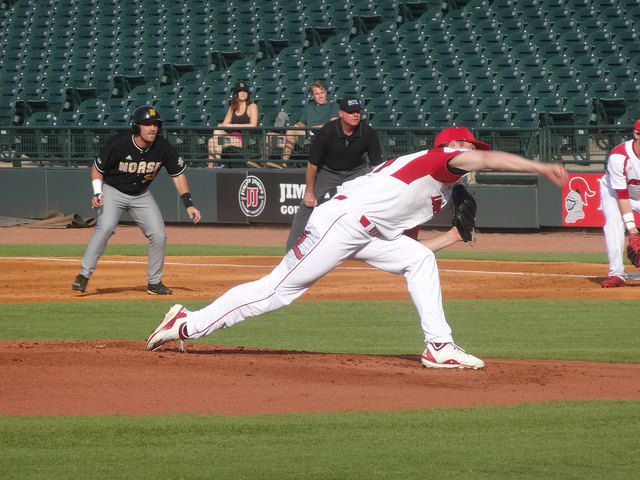 The Norse actually came out swinging, and took a 4-0 lead!  NKU opened the scoring in the first inning on a solo homer run by T.J. Alas.  In the second, Chad Roberts scored on a passed ball to put the Norse up 2-0.  The Norse poured it on in the third, but Roberts hitting an RBI doubled, and then scoring himself on an RBI single by Mike Moffatt.  Louisville’s starting pitcher Bryan Hoeing didn’t last past the second inning, but his offense came around to bail him out.  Adam Wolf picked up the win for the Cards, throwing 2.1 scoring innings while striking out three.  Relief pitcher Sam Bordner also pitched two scoreless innings, while Lincoln Henzman earned the save by pitching a perfect ninth. 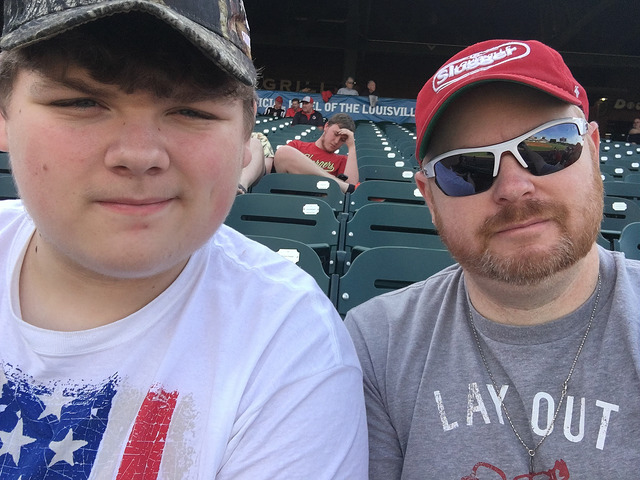 Offensively, Louisville was lead by Drew Ellis and Zeke Pinkham.  Ellis started the comeback with a solo home run of his own in the fourth inning. He then followed that up with a two-run moon shot in the fifth to put the Cards up 5-4.  Both players were 2-4 on the day with three RBI, with Pinkham getting his first career home run.  Charlie Jerger ended up taking the loss for Northern Kentucky.  It was a funny game with some controversial calls, with both head coaches making appearances out on the field.  Norse head coach Todd Asalon was even ejected with the classic chest bump and dirt kicking.  Final: Cardinals 6, Norse 4. 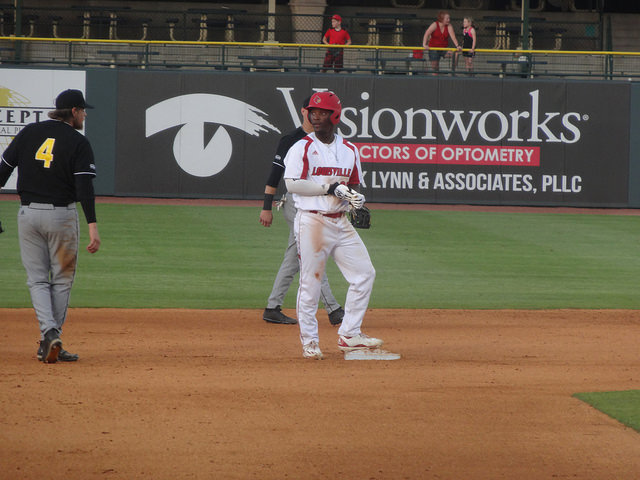 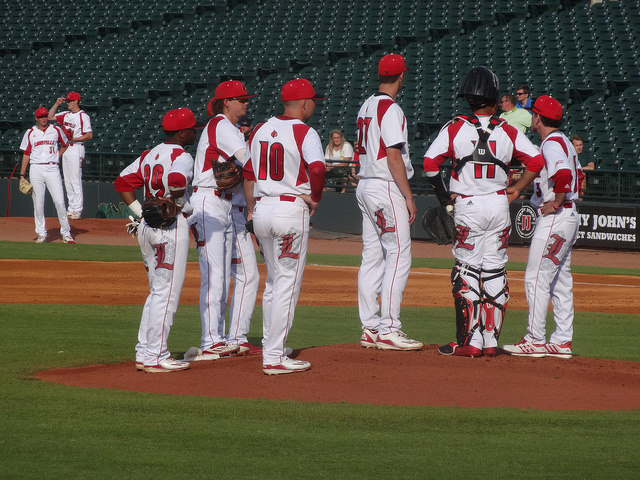 A fun game for Trevor and I.  Some of the photos don’t show it, but there was a decent crowd and they were entertaining and good natured themselves.  We actually don’t have any ballgames planned out between now and the end of May, but that doesn’t mean we won’t find one to take in.  Most likely it will be the Cards or Bats, but the Brian playing on the weekends sometimes it’s hard to find one that fits our schedule. 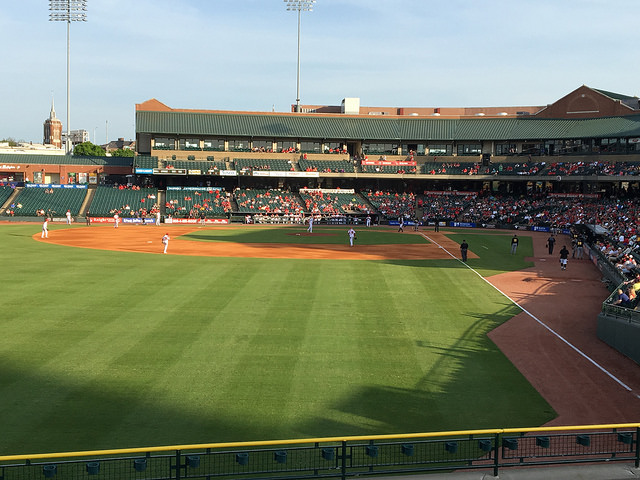 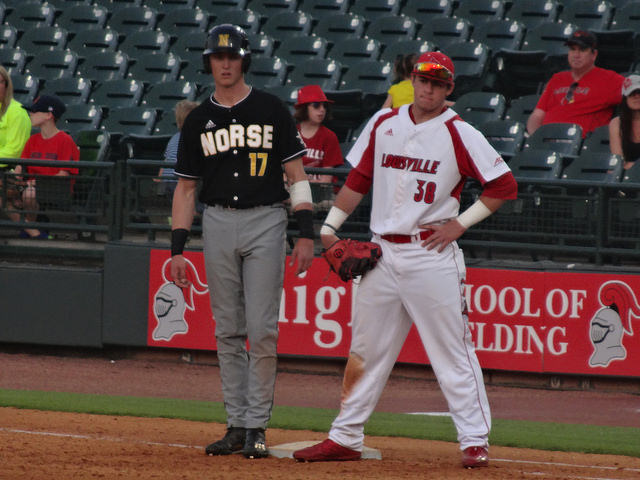 Leave a Reply to Minoring In Baseball Cancel reply