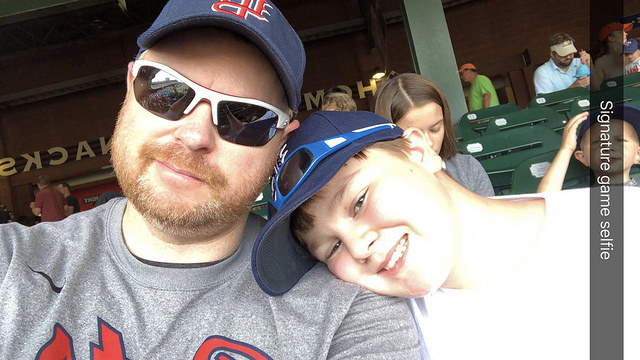 Louisville Slugger Field-Louisville, KY:  Still very far behind, but this game was toward the end of the season when the Bats held an autograph session before the game.  Always a highlight of the season for us, so I bought Brian a baseball and we hit the field. The photos sort of speak for themselves! 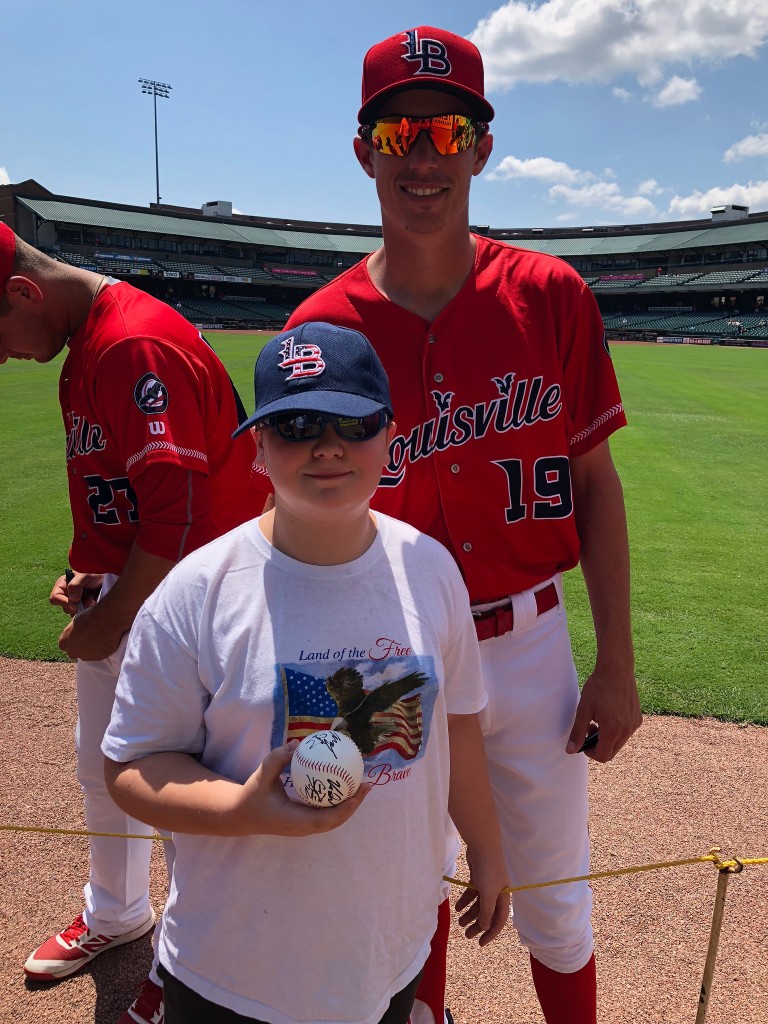 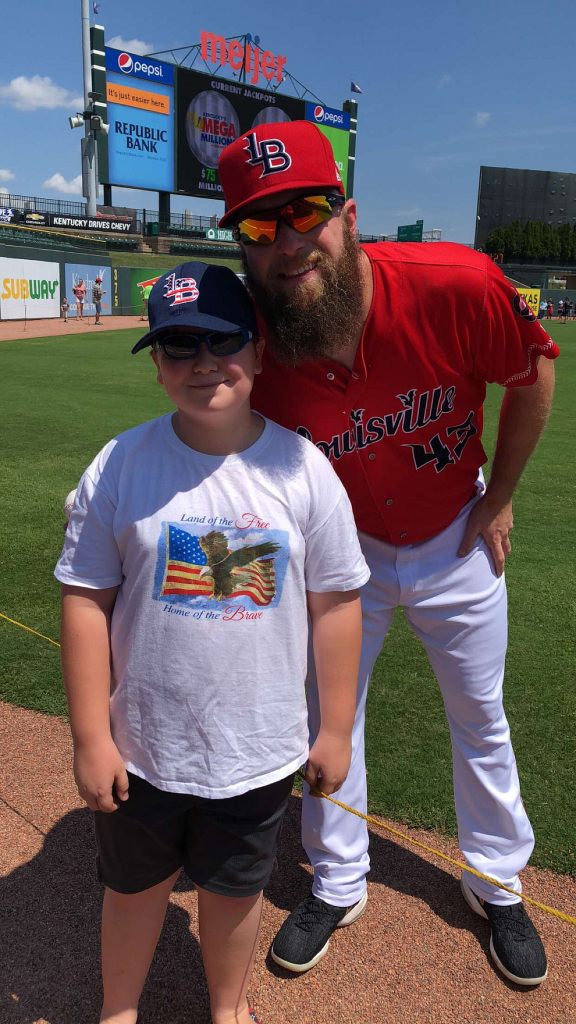 On to the game,  not a great one for the home team.  Louisville left a big goose egg on the board, but a couple of players had a good game.  Both Gabriel Guerrero and Nick Longhi went 1-3 for the day.On the mound, Jose Lopez took the loss.  He pitched five innings, giving up four runs while striking out four.  Final:   Bats 0, Iron Pigs 4.

A fun day, and always good when the kids can meet the players and get some autographs. We made it to one more before the season ended, so stay tuned.