Louisville Slugger Field-Louisville, KY:  Well, here we go with the title game (and only two weeks behind…).  It was a beautiful day in the ‘Ville, as Trevor and I settled into our seats for the impending action. 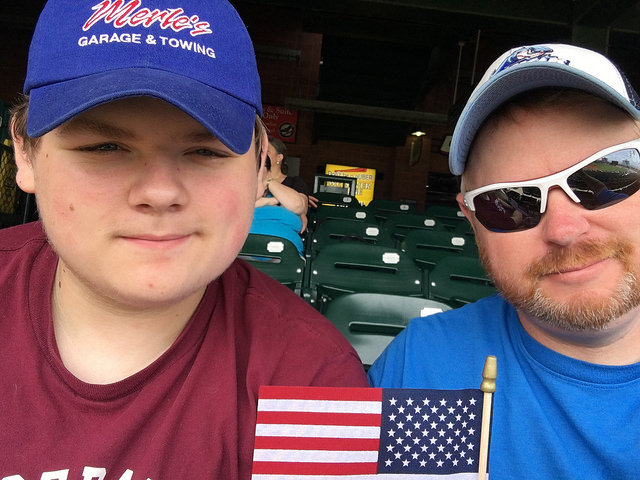 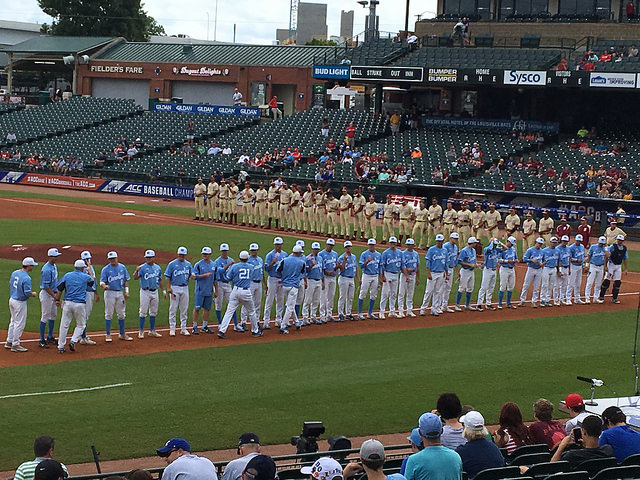 The game started out well for North Carolina, despite playing ball just twelve hours earlier.  They plated three runs in the second inning, first on a solo shot from Tyler Lynn.  Michael Busch hit an RBI double to put the Heels up 2-0.  Then two errors by the un-named Seminole first baseman allowed Busch to score to put his team up 3-0.  Unfortunately for the Heels, that’s all the scoring they would get.  In my opinion, the turning point of the game came in the fourth innings when North Carolina had the bases loaded with no outs on a pair of walks and hit batter.  The next three TarHeels struck out, leaving the pond full of ducks, and NC fans bewildered.

On the mound for NC, Josh Hiatt took the loss, giving up six runs on six hits, two of those being home runs.  The Seminoles pretty much put the game away in the eight inning, scoring five runs.  The un-named first-baseman made up for his error with two home runs in the game.  An un-named pitcher for Florida State picked up the win, despite only working 1.1 innings and striking out one.  The worn out TarHeels just couldn’t compete late in the game with the more rested Seminoles.  FINAL:  TarHeels 3, Seminoles 7. 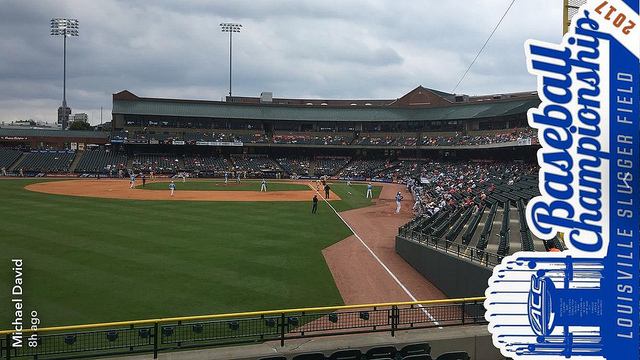 Also, as the game was a day before Memorial Day, this was a good time to thank and pray for all those who made the ultimate sacrifice for this great country, so my son and I can enjoy a ballgame together.  At Louisville Slugger Field, there is a seat in the outfield reserved just for them.  Trevor put his American flag in the cup holder of the seat, and when we came back around, there were many more there!

This seat is reserved for our MIA and POW heroes!

Ok, maybe I was a little hard on Florida State through out this tournament.  My original plan was to take some good photos and maybe even a video of the celebration and trophy presentation after the game, no matter which team won.  And maybe it was a little rash of me to just head for the gate at that final out.  So here’s a video I found on YouTube courtesy of ACC Digital Network for you to enjoy.  It pains me to say this, but, congratulations Florida State… 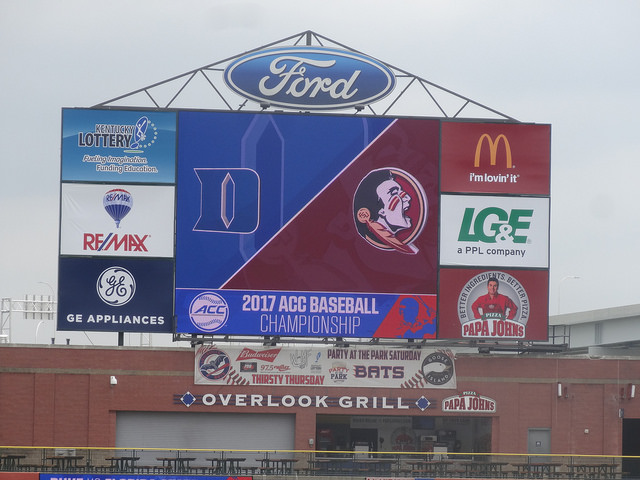 Louisville Slugger Field-Louisville, KY:  Back at it on Saturday, this time for the first of the semi-final games.  I have no idea how Duke survival a ‘pool’ with Virginia and Clemson, but somehow they made it this far, as did FSU.  Brian joined us for the games today, also, and he’s always happy to spend time with his Papa.

Duke simply looked like the next team to be fed to the ACC darling Seminoles, anyway.  Florida State jumped out to a 2-0 lead in the first inning due to some fine hitting from un-named players.  They then added two more in the third, and one in the fourth.  The Blue Devils didn’t have any offense going until the ninth inning, when Jimmy Herron scored on a Jack Labosky base hit. 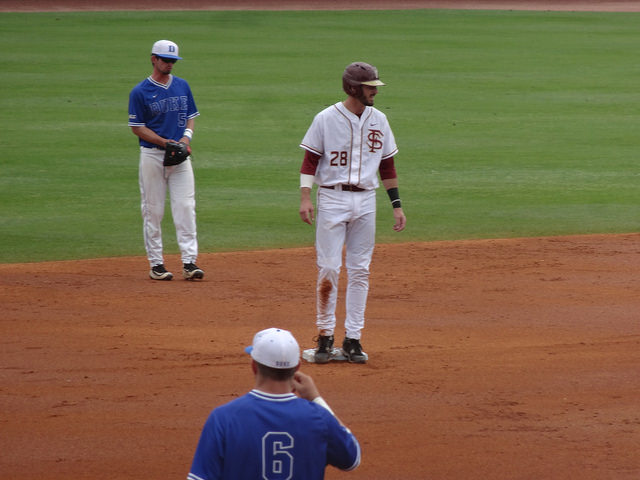 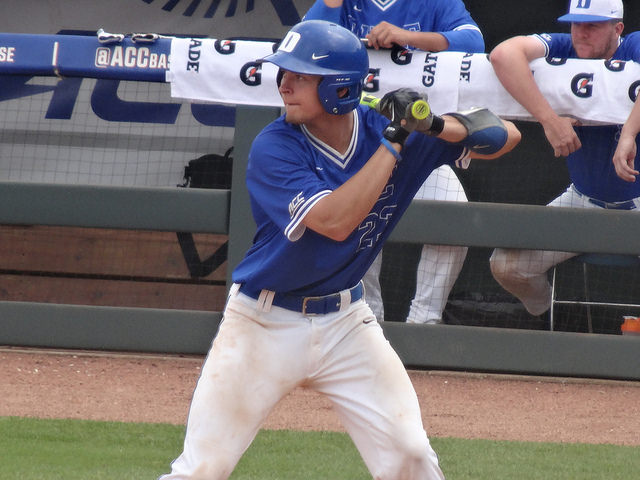 Adam Laskey took the loss for Duke, giving up four runs on six hits during his 2.1 innings of work.  An un-named Seminole pitcher earned the win for his team, only giving up two hits and striking out eight in this 6.2 innings.  FINAL:  Seminoles 5, Blue Devils 1. 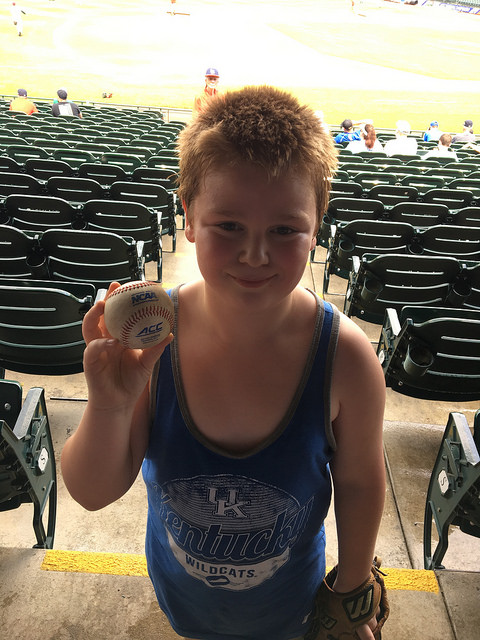 Brian got a ball from one of the FSU players, so at least they have on fan in the family

Not much of a competitive game, but still fun to be at the ballpark. We would check out the ACC Fan Fest between games, as we settled in for the afternoon bout.

Louisville Slugger Field-Louisville, KY:  I didn’t like this game.  Not at all.  In some way of dark magic, Florida State’s season came alive the weekend before when they rode into town and spanked the Cardinals two games in a row on their home field.  One would think that this game would be different, that Louisville would be pumped up and out for revenge.  Unfortunately for the packed house clothed in red and white here in the stands at Slugger field, the opposite happened.  The Cards seemed to play some uninspired baseball, en route to eliminating themselves from the tournament.

From here forward, I’ve decided not to mention any Seminole player by named during the re-caps.  Sorry, it’s nothing personal.  Well, yeah, actually I guess it is…  Kade McClure was on the mound for the Cards, and he gave up two runs in the first inning.  He only lasted 3.24 innings, giving up four runs on six hits.  Adam Wolf and Lincoln Henzman each gave up a run, also.   The Cards had little offense, but Brendan McKay did go 2/4 with a home run.  FINAL: Cardinals 2, Seminoles 6. 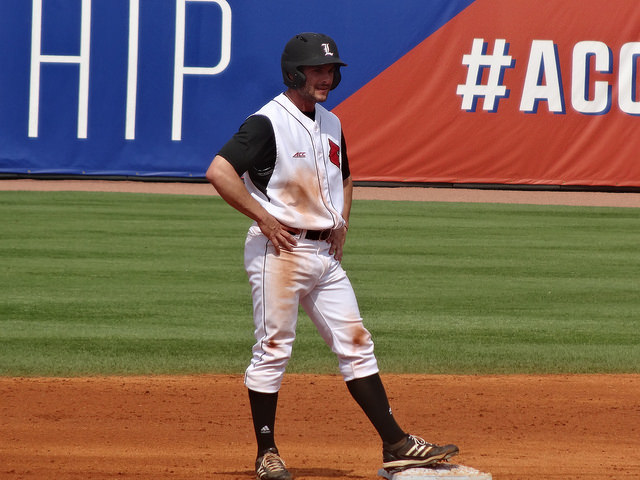