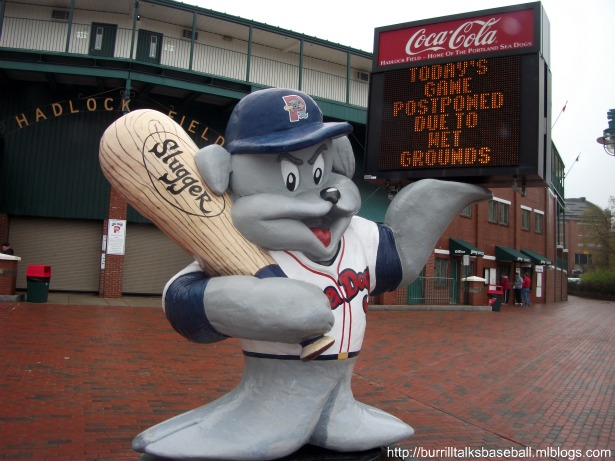 Here I am again…facing disappointment right in the face. The noon game here has been postponed due to ‘wet grounds’, and I miss an opportunity to see a game in my now favorite Double A ball park. Just like out rain-out in Pawtucket, this was the last game in the series and the teams got an early start to their next road game. The fact that it wasn’t even raining at game time makes it even more frustrating. The weather was better today, so I was able to get some better pics of Hadlock. I also had a friend meet me for the game who trained with me down south. We went to just about every Jacksonville Suns game available, so it would have been nice to share a beer and a ballgame again. We were able to chat with some of the staff here, who let us explore the ball park a little bit more and just talk baseball. It’s nice to know it’s not just the ball players who have to work their way up from the Minors, but the broadcasters and other staff as well. We also learned that the Red Sox are the only MLB team that has a closed circut camera in all of there affiliates to keep track of their prospects. I love the Sea Dogs logo, so they let us spend some time (and money) in the gift shop, too. The only consolation is that we were able to get a jump-start on our voyage south to Boston. We would need that extra time, as Boston treats every Sox game as an event, and the celebration start pretty early in the day. 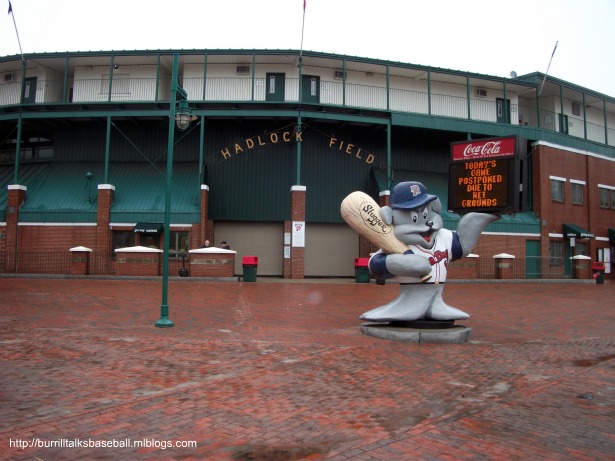 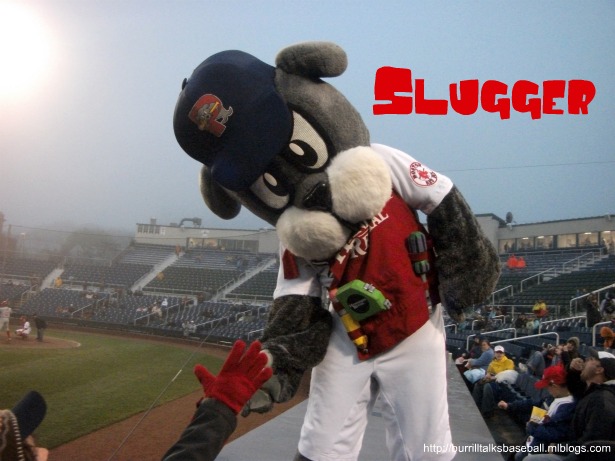 For some reason I’ve dreamed of visiting Hadlock Field in Portland for some time, and this ballpark didn’t disappoint. It’s smaller than you might think for Double A, but it’s very cozy. You kind of feel boxed in, but in a good way…sort of  like leaving the rest of the world behind when your watching a ball game. One really unique aspect of Hadlock is that the home bullpen is elevated inside the right field wall. The players have to take a set of stairs to a doorway in the wall to enter the game. The Sea Dogs also have their own version of the Green Monster, er, Monsta, with the Maine Monster in left field being a Boston Red Sox affiliate and all. This was another game with low attendance due to the horrible weather, but at least they played it. The Reading Phillies were in town and we were seated right behind their dugout. I have to give a shout out to Reading first baseman Matt Rizzotti for hitting two home runs in the game and throwing me a game ball. Things didn’t go the Sea Dogs way in the game, but they had one more game in the series to get revenge. I was really looking forward to the noon game the next day. Due to the weather I didn’t get some better pics of the stadium, but will have some in the next post because the weather was better the next day. Final Score: Sea Dogs 3, Phillies 14. 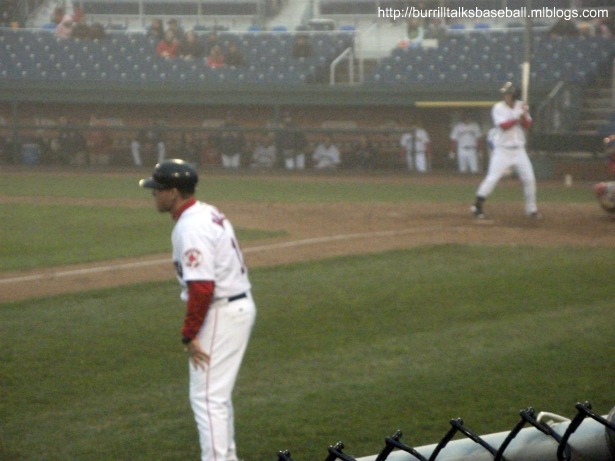 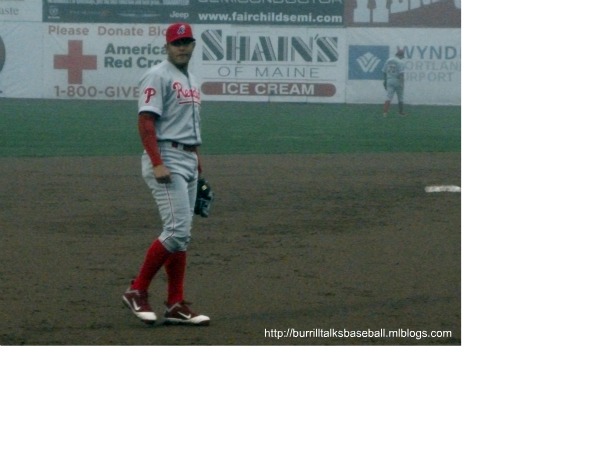 The Phillies are in town 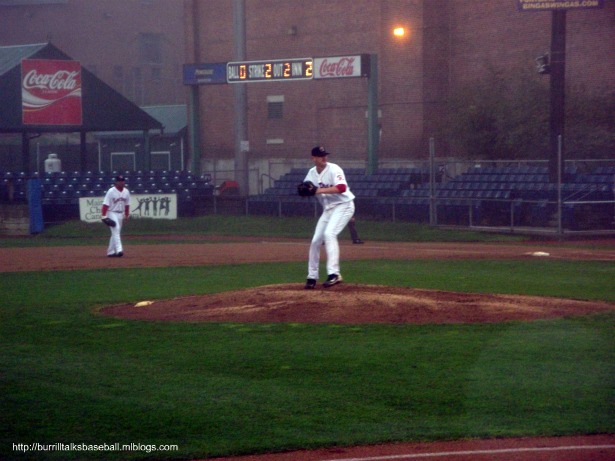 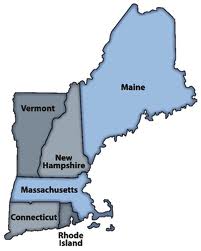 There’s nothing like lookin to the future, and trying to come up with a trip that we can fit at least six to seven games into a five day span isn’t easy. Next May we’ll be heading east to the New England area, checking out the Minor League teams there, and even hitting a Red Sox game at historic Fenway Park. Our trip will start off on the Triple A level in Rhode Island, watching the Pawtucket Red Sox defend their home field against the Scranton-Wilkes Barre Yankees. It will be a small taste of the Sox-Yanks rivalry, anyway. Day two of our trip we will head up north to Manchester, NH. There we will watch a Double A matchup between the New Hampshire Fisher Cats and the Binghampton Mets. The third day of our trip will take us up to the great state of Maine for a pair of games. First we’ll see a night game as the Portland Sea Dogs face the Reading Phillies, and we’ll watch the same two teams go at it the next day at noon. After the day game concludes, we’ll head south for some Major League action. I know I don’t care to see baseball live at this level that often, but Fenway is a must for any baseball fan, and Boston is facing the Detroit Tigers, so it’s a chance to see our home team on the road. We also plan to take the tour of Fenway Park the next morning. Our trip will end later that night in Conecticicut, where we’ll watch the New Britain Rock Cats play New Hampshire, who we’ll be seeing for the second time. There will be plenty of other sites for us to see in this part of the country, and I plan to have a beer or two at Cheers in Boston.