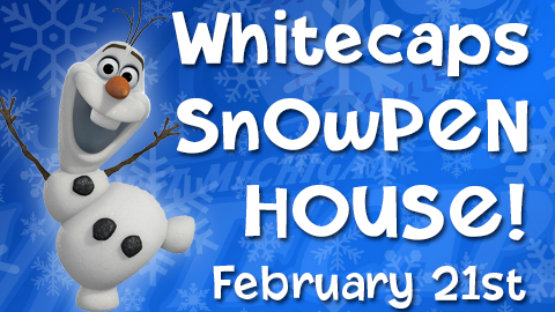 Fifth Third Ballpark-Comstock Park, MI: This weekend the West Michigan Whitecaps officially kicked off the 2015 season, hosting a ‘SnOwPEN house’ at Fifth Third Ballpark. There were s’more stations and a pitching area out front for the kids and adults alike. The mascots Crash, Roxy, and Frankie were interacting with the fans, also.

Brian with our favorite mascot, Crash! 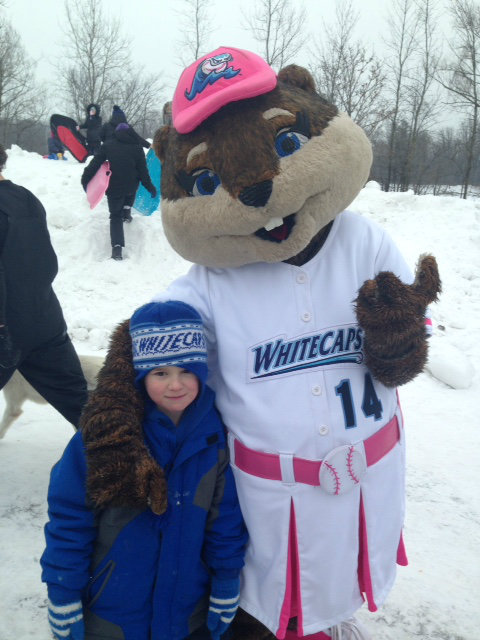 Brian’s favorite activity of the day was getting a ride by the sled dogs. This was a very popular activity for others, too, as we waited in line for an hour in the balmy 20 degree weather (at least it wasn’t -35, as it is today). The wait was worth it, as Brian had a blast getting pulled around in the snow. We were lucky to get him on, too, as he was in the second to last group, and so many people had given up that were ahead of us. 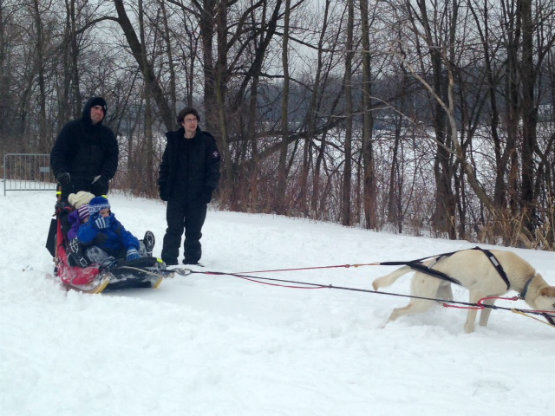 Up in the ballpark, the ‘Caps were serving up free hotdogs for fans. They even were playing the movie ‘Frozen’ on the giant video board for the kids to enjoy while they ate. The ticket office opened up, too, as single game tickets went on sale. A fun day, that got us excited for baseball season. It doesn’t look like the cold and snow is going anywhere soon, but we can certainly dream. We ended out day at the Van Andel Museum in downtown Grand Rapids. Brian enjoyed all of the artifacts, and especially the Real Pirate exhibit. 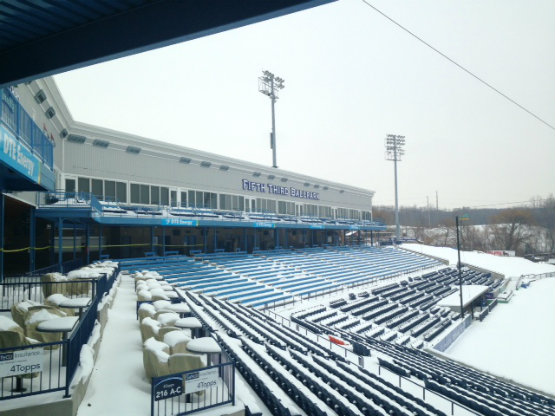 Photos  and video property of Minoring In Baseball